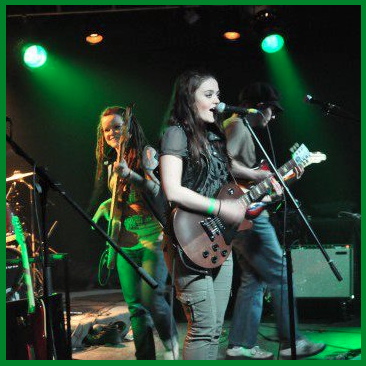 Third Branch is an eclectic group of musicians that have fused various genres to create a style all their own. Their music is danceable, energetic, and uplifting with heavy reggae and electronic influences.

Third Branch is rapidly becoming one of Edmonton’s most popular Reggae bands, creating their own trinity of melody, rhythm, and groove. With an eclectic group of musicians and musical influences, they have created a unique sound and new take on reggae music. “While they're not hardcore, traditional reggae, its influence is evident amidst the folk and electro melodies”- Vue Weekly

Third Branch came together in early 2011 when a rock trio found a drummer who was so deeply set in the reggae style that the band couldn’t help but take that direction. Three more members were added and thus became this six piece stacked groove infused band. Their songs draw from aspects of every day life and on the concept that the power of positive thinking and community can overcome all strife.

Third Branch released their debut self titled album in June 2012. “The disc is filled with reggae and roots infused beats that boast a little edge, all while keeping a mellow yet upbeat vibe intact.”- Vue Weekly. It can be heard and purchased online at www.3thirdbranch.bandcamp.com
After a successful summer of participating in several of Alberta’s top music festivals- Open Sky Music Festival, Sasquatch Gathering, Calgary Reggae Fest- and promoting their album throughout Edmonton, Third Branch is buckling down for season of writing and collaborating new material, and performing throughout Alberta.