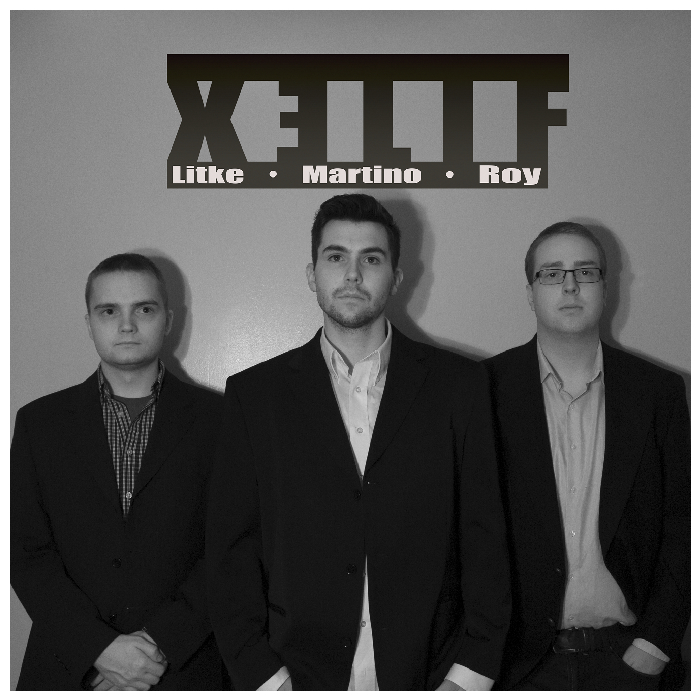 Currently working on their new upcoming E.P. with TCB Studios, which was founded by Lawrence Litke & Justin Roy in 2013 with hopes of becoming much more, the band Xelif consists of Lawrence Litke, Genaro Martino, and Justin Roy. The three aspiring musicians met several years ago in hopes of sharing their art, music, and ideas together, and to expand out into the music industry. The trio’s amalgam of rock, funk, jazz, and many other musical currents and impulses is quite the challenge to fully classify; which is the way the trio likes it.
Lawrence Litke brings you a unique depth and blend of sound; solo's that will warm your soul, and effects that will send a chill up your spine. Accompanied by Genaro Martino, giving you euphonious bass grooves, broadcasting into reality, with an impeccable soulful passion. Working in unison with Justin Roy, providing a soulful bed of percussion and rhythm for the trio's sound to flourish upon.
When the three first assembled at Justin's pad in Edmonton, Alberta for their first jam session in the summer of 2010, their chemistry was immediate and undeniable. When Justin picked up his sticks and played that first beat, Genaro performed that first thunderous bass line, and Lawrence strummed his first chord, they never looked back. Together the three musicians, friends and brothers make up the group Xelif.