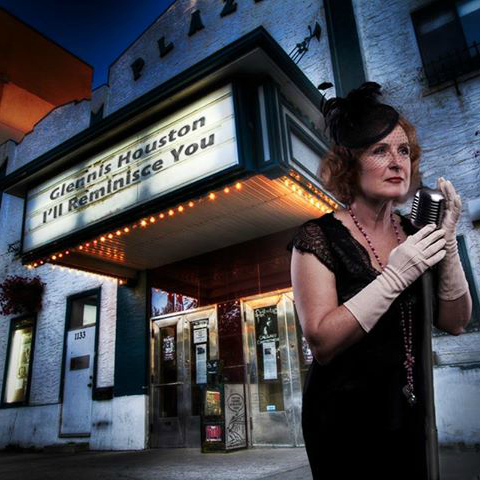 Truly established as a genuine jazz artist, she has performed at both the International Jazz Festival and CJazz Festivals, entertaining audiences with her powerful voice, and her capacity to inject passion and emotion into soulful ballads. Glennis has worked with many of the top musicians in Canada and the U.S., including Michael Creber (Vancouver) Randy Halberstadt (Seattle) and Mike Lent (Edmonton).

As an artist, Glennis Houston has defined the triple threat of vocalists; pleasure, passion and prowess, which she clearly demonstrates on her debut CD, Lies of Handsome Men. The 2004 release received airplay on CBC, CJSW, CKUA, and other Western Canadian, U.S. and European radio and internet stations. Reviewers have handed Glennis a place among the most acclaimed in her field, calling her "a marvelously talented vocalist with great tone, focus and range" (Keith Hannaleck), displayed by her "warm, rich, emotive vocals over 13 playfully sensual songs" (Mike Bell). A shining achievement for her and a gem for her listeners, as another review interprets, "The bluesy, relaxed mood suits her voice and she can hold those notes with an intense yearning that I find entirely pleasurable." (Paul Donnelly). Jazz writer Scott Yanow calls her flawless in his review of her second CD "I'll Reminisce You."

Glennis Houston embodies the best of two musical worlds; a thorough knowledge and understanding of her craft, together with a level of passion that will surprise you. It shines in her eyes and in her voice, as you will hear.

As a solo vocalist, she has been featured in stage productions that call for top calibre talent, in smaller, more intimate venues as part of a duo or trio, and with a full band for events where dancing up a storm and having a blast is what the music is all about.