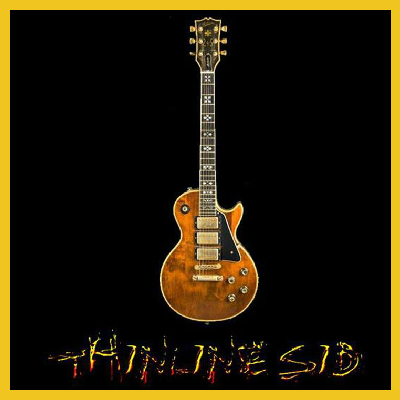 ThinLine Sid was founded in 2011 by guitarist Doug Atkinson and bassist Craig Baker. Friends since high school, Doug and Craig played in different iterations of the Edmonton band “Shot in the Dark” back in the early 80’s. For many personal reasons they packed it in and stopped playing in 83’- just disappeared from the local music scene - gone. Doug did a little bit of top 40, Craig did a little bluegrass, but nothing serious. Raised families, built careers… In 2006 Doug and Craig came together again with some early Shot in the Dark players, and spent 4 years doing – well – not much but jamming. So in 2011 Doug and Craig decided to finally start writing the stuff they’d always been talking about, and formed their own project – ThinLine Sid (a thin-line on whether you make it or not – and SID for Shot in the Dark). The focus was on creating a big guitar sound with great licks, solid meter and strong, versatile soulful vocals. The music, the stories to be told were about current life events as seen through experienced eyes, and Craig and Doug laid out the framework for the album “Evil-Ution”.

In 2012 they went looking for their vocalist – and found Donovan Weihmann – a folk, blues R&B influenced artist who grew up in Hines Creek, a small northern Alberta town. Early in life, Donovan moved with his family to Ghana, West Africa where he fell in love with R&B, jazz, reggae and soul... a passion that has continued to this day. In 2008, Donovan started "Blue Harvest", an acoustic duo where he shaped a powerful blend of soul and R&B. When the call came from ThinLine Sid, Donovan jumped into the project with his unique tone, and they hit the studio to lay down the album tracks.

In 2013 the TLS project reached out to Zed Productions in Vancouver to mix and co-produce the Evil-Ution album, and CCMA pro drummer Chad Melchert was brought on board to lay down the studio drum tracks, encouraged to “take some liberties” and add some dynamics. Final mastering was done by Zen Mastering in Vancouver and the album released to iTunes in late 2013. ThinLine Sid have started working with local drummer Darryl Simpson, intent on putting together a great live rock band and are well underway in the writing of their 2nd studio album.