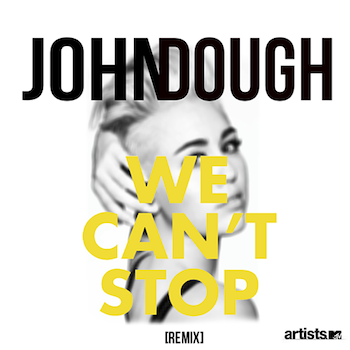 John Ohelo (born May 16, 1994) age 18: known better by his stage name; "John Dough", is a diverse Canadian rapper, singer, songwriter and recording artist. While in high school; living in Fort McMurray Alberta, Canada, Multi-talented Musician JohnDough began his music career. He immediately started gaining popularity in early 2012 when he first released a few songs on his YouTube channel. After a few weeks John Dough started gaining fans world wide and also caught the ear of local radio station Mix 103.7 getting his records quickly in rotation. He has over 68,000k Twitter followers @RealJohnDough while closing in on his first One Million Youtube views. Hiphop-Canada named JohnDough Canada’s youngest hip-hop sensation and has performed “The Justin Slade youth foundation”, “The Fort McMurray family crisis building”, and Nexen Canada rocks this past June 30th 2012 with Knaan and Classified. In late September 2012 John Dough Won The Top 40 Under 40 award. Shortly after that Chris Diaz; C.E.O of W.B.I Enterprises and CDR Entertainment, From Atlanta, Georgia, Discovered John Dough. Soon after Chris flew to Canada to sign JD to his first label and management deal. Mr.Diaz was asked in a radio interview: what does he see the most in John Dough: his response : “His diversity! He’s the new sound of Hip-Pop, and after seeing what he’s done on his own it was a no brainer to get him to the U.S to work with professional Grammy nominated producers." On march 21st, 2013 John Dough shared the stage with American rapper Machine Gun Kelly in Athens,Georgia. He currently has a new single: "young n dumb" which is produced by elektro horse and is working on the mix tape datpiff: "COMING FROM CANADA" HOSTED BY DJ TONY H,as well as the ep executively produced by Phil rich. Both are coming in the near future. The featured indie spotlight in hip hop weekly as well as the videos featured on the mtv website are making the top indie blogs. From atlanta, GA; where he currently resides, he flew to Las Vegas to work with Elektro horse and then continued on to Los Angeles for his promo and mixing with Pro Reese.