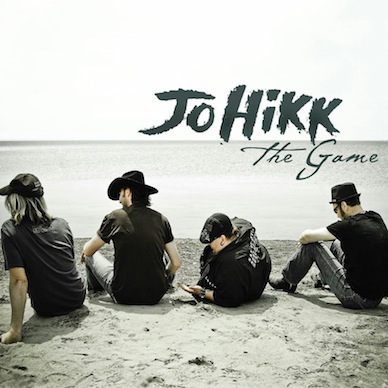 At the forefront of the Jo Hikk sound are the robust vocals of Kelly Sitter. It’s a voice you just know you can trust, and it’s equally at home on passionate ballads and driving country-rock tunes. It is always perfectly framed by the fluent and versatile guitar work of brother Kenny Sitter and the skilled accompaniment of two music veterans, keyboardist Don Jorgenson and drummer Al Doell.

With Ride, Jo Hikk scored hit singles with “Sweet City Woman” and “My Kind Of Radio”(both made the top #20!), while another key track, “Pimp My Tractor,” was placed on the Big Rock compilation. The success of Ride helped the band score nominations for Group or Duo of the Year and Rising Star at the 2009 CCMA Awards.

Jo Hikk has a very democratic and intuitive approach to choosing songs to record. “We write and we also take material from outside writers,” explains Kelly. “We put them all in a pile, listen to them, and if they make the album, fine. It’s never like ‘oh, my song has to make the album.’ We look for a song that appeals to us and that represents what Jo Hikk is all about.”

Defining what the band is all about is an elusive task, though, as Kenny
Sitter notes, “I’m not embarrassed to admit we don’t really know what we’re about! Three of us [Kenny, Kelly and Al] have been together since the early 90s. How many times have we found our sound? Lots of times! We find it then something new comes along and we progress. We are never the same twice. If you see a Jo Hikk concert then catch us three weeks later, it’ll be a totally different set.” This is a highly refreshing characteristic of Jo Hikk. Rather than remaining stubbornly glued to one particular sound and image, they are free to follow their instincts.

Jo Hikk was nominated in the CCMA Awards 'Rising Star' three years in a row and for 'Group or Duo of the Year' for several years in a row.

Their genuine love of playing music plus their onstage energy and playful antics make Jo Hikk real crowd pleasers, and one of the top drawing live acts in Canadian country music. Artists they have opened for include Tanya Tucker and Sara Evans.