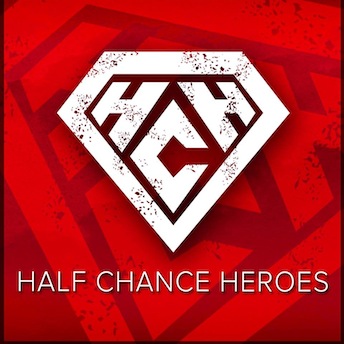 Half Chance Heroes sports an original fusion of alternative rock, reggae and hip-hop. In just four years since the group's conception, they have independently released two albums, Good Intentions, Bad Inventions (17 tracks) and the recently released Nocturnal Habits. The band has also conquered two national tours and supported Artists as diverse as The Trews, Said The Whale and The Dirty Heads pointing to both the broad appeal and crossover nature of their music. HCH takes pride in their energetic live shows and has owned festival stages such as Shake The Lake and Central Music Fest. Late in 2013, Half Chance Heroes released their third produced music video for the track “Dig A Little Deeper”, further reinforcing the band’s unique style. 2014 promises to be the break out year for HCH. To further add to the depth of their sound and intensity of their show, long time friend and guitarist Hunter Hansen is bringing his talent and showmanship to the band. With an aggressive touring schedule, the band’s first commercial radio release, and another EP in the plan, Half Chance Heroes is definitely a band to watch, and once experienced, a band you won’t soon forget.