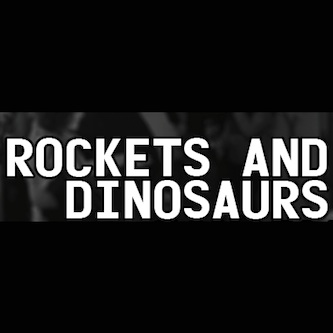 Rockets and Dinosaurs are the shrapnel of Rock n' Roll. Exploding into the Canadian music market they are known for their unapologetic, loud as hell, intricate, involving performances. Rockets and Dinosaurs are something you won't want to miss out on this year as they tear their way across the country in support of their new full length album, Gnarly Angry Love, released March 2nd of 2013.

X92.9's $25 000 Xposure winners (2012), Rockets and Dinosaurs are a straight forward 4 piece Rock/Punk/Pop band, out of the heart of Calgary, Alberta with a live show as raw as they come. Blood, sweat, tears and broken bones are not uncommon for team RAD. This is true Rock n' Roll, and no one does it better.

The band’s latest effort, “Gnarly Angry Love” comes off the heels of “High Five EP” which charted on campus radio across Canada followed by a string of commercial radio success. It cemented the band as a power house in the Calgary music scene, and put Rockets and Dinosaurs on the map in the national market. With the Release of Gnarly Angry Love, a cross country tour, and a showcase at Canadian Music Festival this spring in Toronto, Rockets and Dinosaurs hope to continue their success and grow. These boys aren’t trying to take over the world; just every bar in Canada.