To Chase the Sky

To Chase the Sky

To Chase the Sky is an Edmonton based band, playing a unique mixture of rock and classic rock. Coming soon to a bar near you.

Kenneth grew up in St. John's, Newfoundland. He sang in choirs as a youth and fronted his first band at the age of 16. Kenneth first started singing with friends who shared a love for metal and hard rock. Performing in his first cover band at high school talent shows and singing at parties. Not knowing anything of vocal styles, he experimented with sounds ranging from hard rock/metal, to pop & "Curelike" gothic pop. Over the years he's played in several bands. One of which, during his military service included performing live on the helicopter deck of a Canadian Naval destroyer while at sea.

Some of the groups he has great memories playing with in Newfoundland include Alias (Glam/Hair metal), Knockdown-Dragout (Rock/goth) & Identity Crisis (Rock/Metal). In Halifax, Beer Goggles (Rock/Grunge), and in Victoria with No Means Yes (Classic Rock). Kenneth and Chris performed as the duo In the Company of Wolves.

Wayne was born in Manchester and moved to Edmonton with his family when he was 5. His mom had a guitar lying about the house which Wayne decided to learn how to play. He was so good that his dad bought him his first electric guitar when he was 13. His first live gig was when he was 16 and has been a popular Blues/Rock player ever since! Some of his major influences were: Stevie Ray Vaughn, Eric Clapton and Jimi Hendrix’s to name just a few.

Chris grew up in the small town of Bay Robert's, Newfoundland, Canada. Motivated by his friends who wanted to start a band, Chris began playing at the age of 15. He didn't have a bass, or a guitar, nor did he know how to play, but picked it up quickly. Over the years, Chris went on to record and write with Flavor and 5th Avenue. Some other groups that he had the pleasure of playing with over the years in St. John's, NL: Identity Crisis (Rock/Metal), Jim Fidler & The Musaik Experience (Reggae/Folk/Celtic), The Irish Descendants (Newfoundland/Celtic/Traditional) and The Navigators (Newfoundland/Celtic Rock).

After spending 20 years as a musical sponge, soaking up all of the influence he could, he now plays a wide variety of styles; rock, reggae, blues, metal, etc. Since moving to Edmonton seven years ago, Chris has continued to expand on his range of style playing for several local bands, including Carson Cole, The Wayne Allchin Band, In the Company of Wolves, and most recently The Todd James Band.

Kody is a music student at Grant MacEwan, studying bass guitar. His love of developed at age eight when he began taking lessons from his Grandpa Allan, and soon after began playing in his grandfather’s gospel country band. Four years later, at the age of just 12, Kody went on to play with his father Carson Cole travelling and performing across Canada. At age of 14 he moved to Edmonton to attended Victoria Composite of visual on performing arts where he played bass for the his school jazz band, jazz choir and classical band. After high school Kody went on to drum for “This is War”, a Heavy metal band, for two years going on tour in and around Alberta and B.C. He continues to play bass or drums in cover bands and performing acts in and around the Edmonton area.

Joel, also originally from Newfoundland, has been drumming most of his young life. At only 19, Joel has 15 years of playing experience, four years of which is professional gigging experience. He studied with the best instructors on the east coast before his family moved to Alberta where Joel continues to hone his talents. At the age of nine, he played a major drum festival, and his performances have been featured in several magazines and TV interviews. Joel is currently studying music Grant MacEwan University. 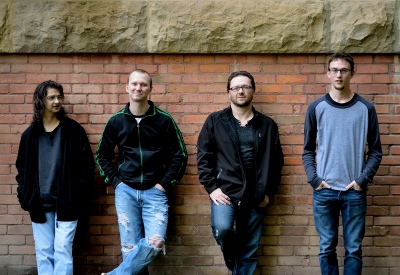 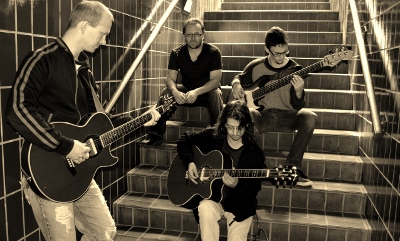