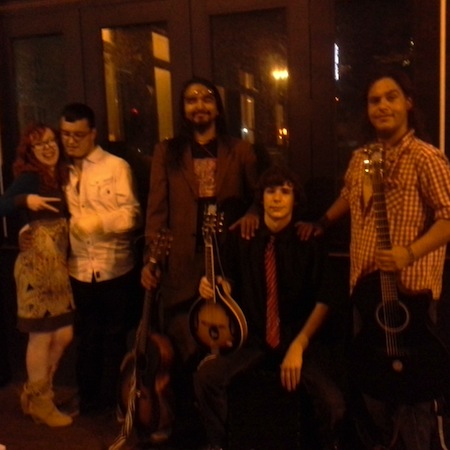 We're a 4 man group acoustic band. We play many covers and originals are always having a great time busking on Whyte Ave.
We arrived late in the evening of Friday August 15th 2014, and began our journey the day after, hitting the streets of Whyte Ave in the Alberta capital and began to play to passers by during Fringe festival. From coming from a small town 5 hours north to a big city was an insane switch in our lifestyle. But we have never regretted it since and I doubt we will.
The band started as a group prior where they played in a church in Berwyn Alberta, before A New Direction they were Nervedge a mostly metal band rocking out in the church basement and having a fun time doing so. As time passed a member had to to tend to his family, the jam nights weren't as frequent but the other 3 drudged on and moved to a new location under a new name, A New Direction.
We now consist of four open minded and awesome members, here is a short break down:
Dylan "Grassking" Lalibertie: The guitarist and lead vocals. His voice travels and sounds amazing every time he belts out a great tune on his guitar or the mandolin
Vernon "Leaf Conjure" Ledger: The man of a million expressions and functionality. Verne has the ability to both make your mind explode and rethink life in a new way. He loves to chat to anyone and always has something to say. He's always thinking of something new to play on his beautiful guitar
Zacariah "Zac Black" Buck: The bands youngest and most energetic member. The percussionist of the group, slamming away at his matte black cajone and showing he has the cajones to try something new. Also another great guitarists and mandolin player.
Albert "Mansy" Laboucan: The manager and random instrument player. Playing the Egg Shaker or the tambourine and getting the crowd into it by handing out little instruments to join the band in playing alone and all the while dancing and keeping the streets of Whyte Ave alive.
We're a great band always looking for a new place to play from open mics, to gigs and any other social events that needs a band. 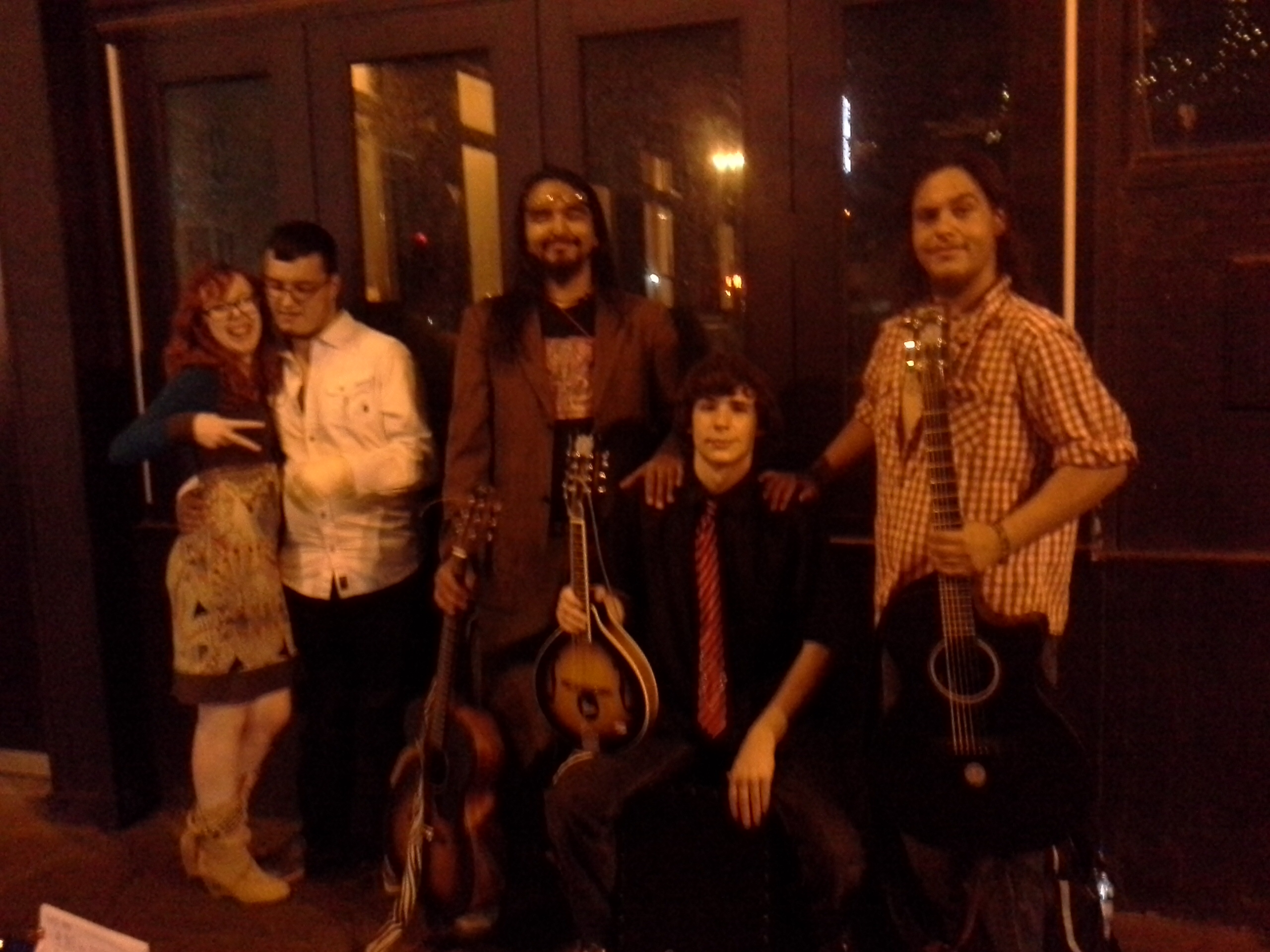 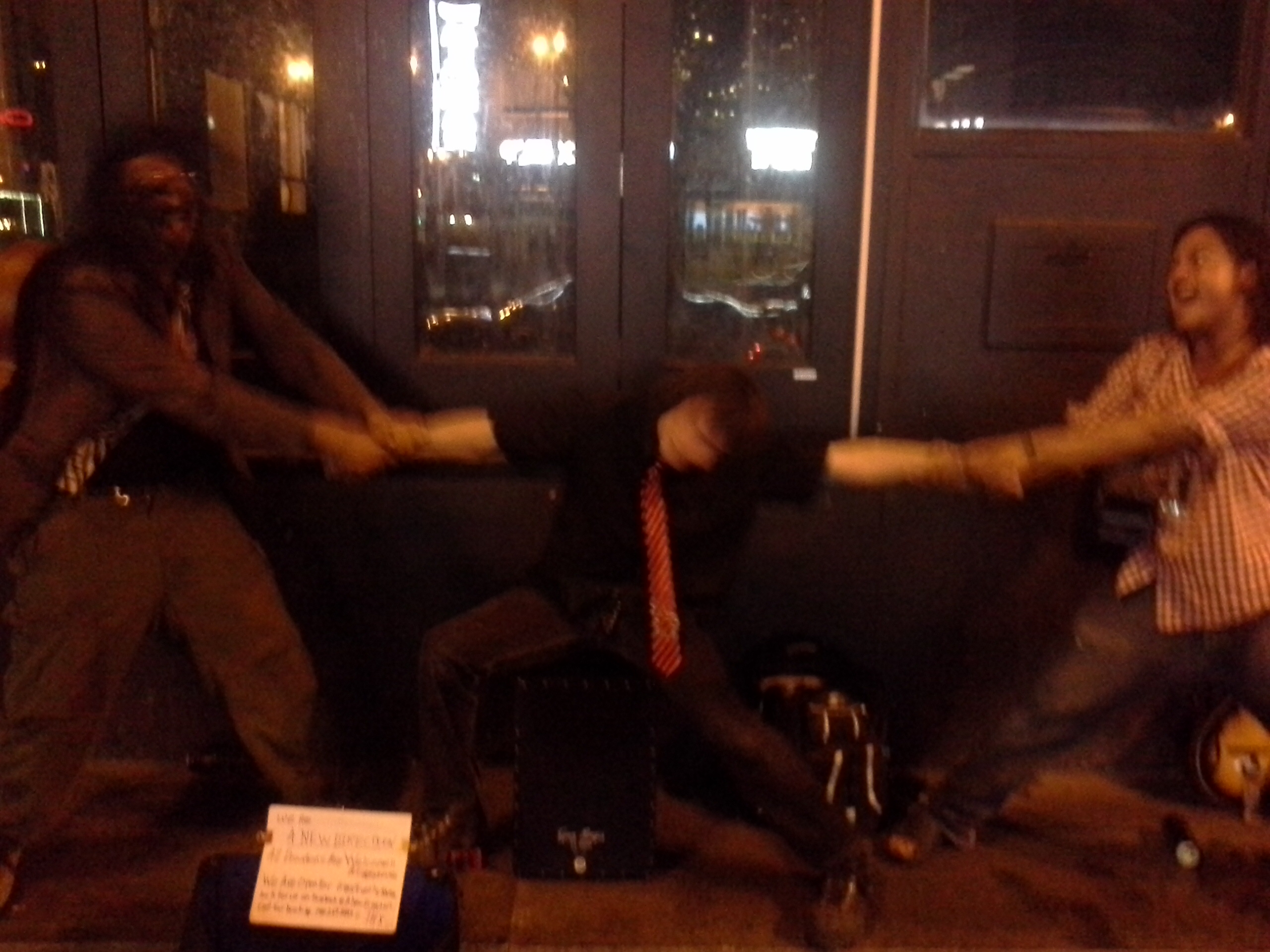 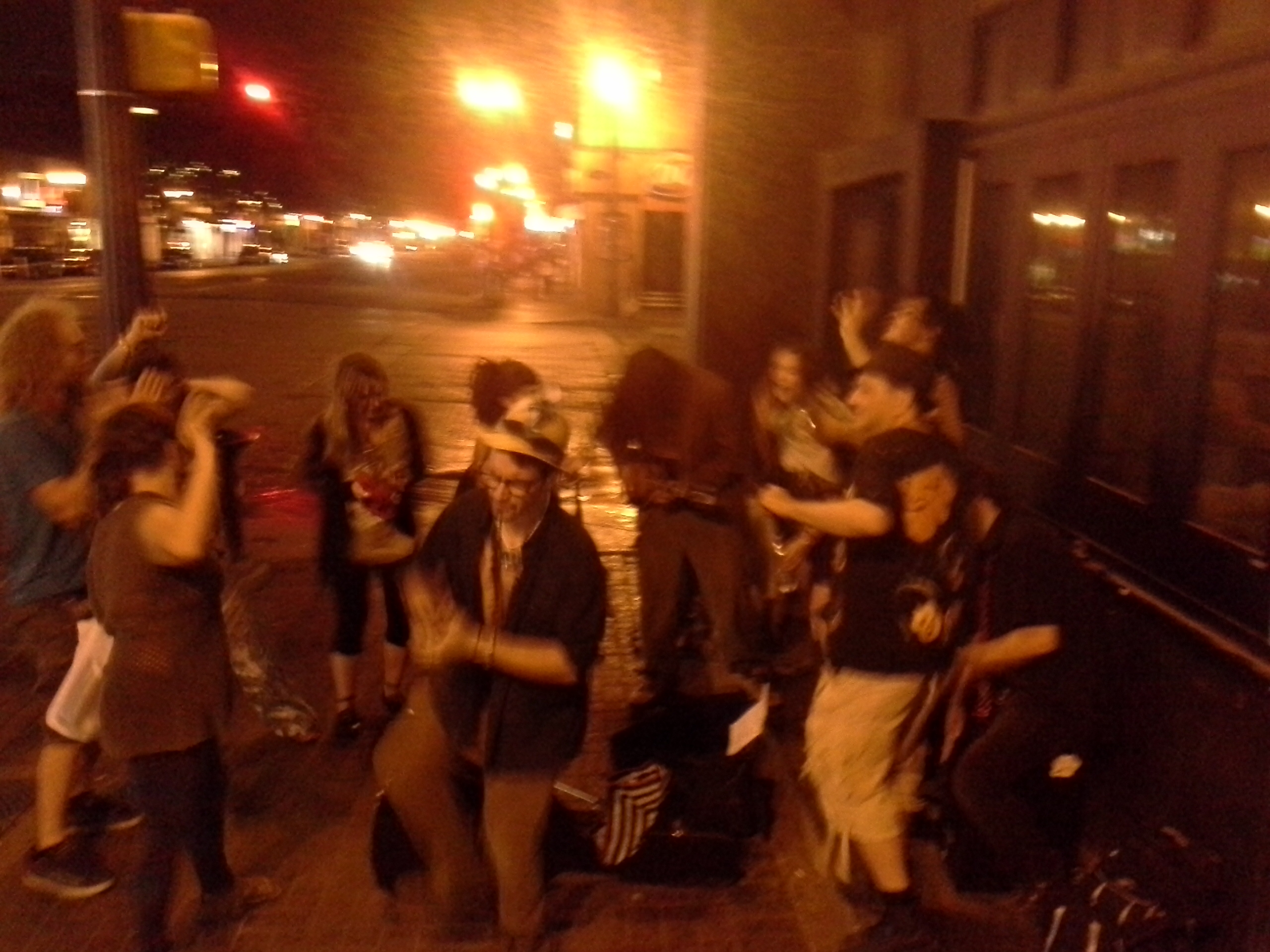