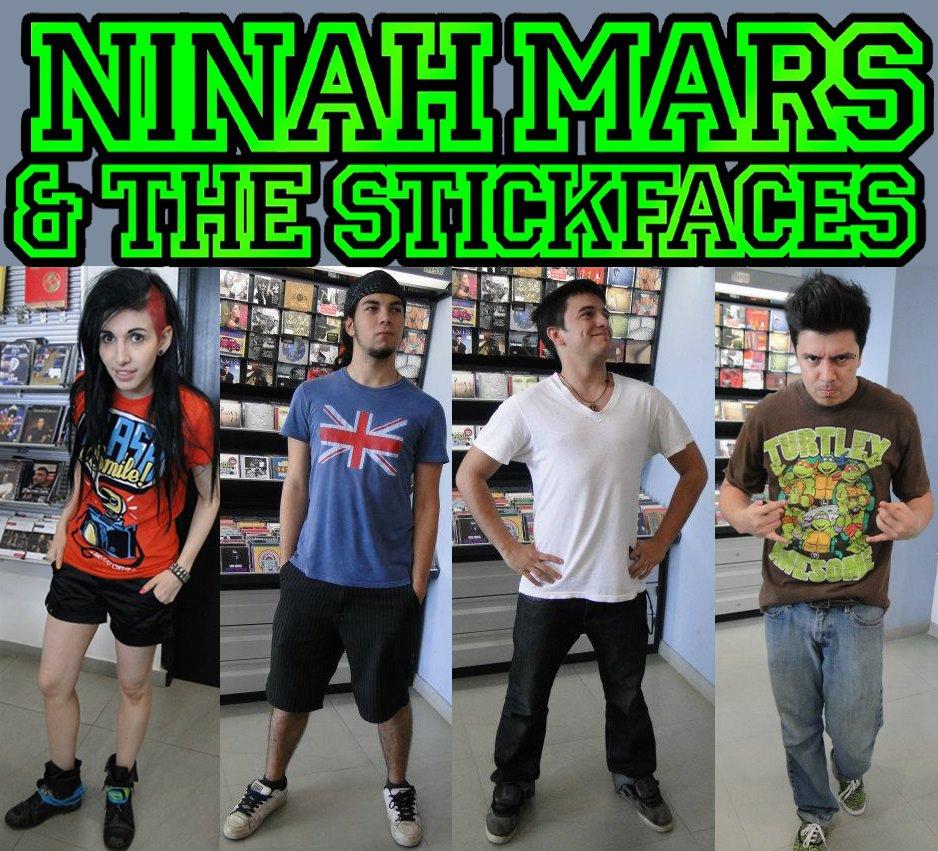 Ninah Mars & The Stickfaces is an alternative rock band formed in Caracas, Venezuela. They had reached the venezuelan myspace charts being the band with the most subscribed fans in the country (+70000) more than 275000 visits and more then 250000 hits on their songs the same year they started playing.

The band formed on February 2007 following Ninah's arrival to Venezuela, where she meets her bandmates Archy and Pilucho through mutual friends. days later, Dave would warm up to the idea to give life to one of the most striking and original bands in Venezuela. On April of that same year they opted to record "Hey Now", their first promotional single, with the help of Rafael Cadavieco at Sala de Maquinas. The song generated great expectations among critics within the national rock scene gaining a great degree of succes, along with fandom from Venezuela and overseas.

Near the year`s end they decide to work with Backstage Studios to Record their first full lenght album along with Johnny Serra, who produced one song on the record (Let Me Be). The album is titled "THIS IS HOW WE PRAY" and it was released on iTunes, Amazon, among other sites on november 26th 2008, and everywhere else on december 4th 2008. They released the song The Trick of Wine as the first single for this album, which showcased the talent of the band and opened many doors for them. The band then proceeded to promote their debut album in both national and international venues, where they were part of some of the most relevant festivals from different countries and always made an impression. The bands most recent international appearance took place on the CucunubaPop Festival in Colombia. Also, Ninah has taken her acoustic, solo performances to countries such as Switzerland, Italy, Spain, The United States of America, and Mexico, where she attended Los Premios MTV 2008 (Latin VMA's).

In 2011 they record their second album which will come out in 2012. For more information about Ninah Mars & The Stickfaces, visit their myspace: www.myspace.com/ninahars or their official website: www.ninahmars.com