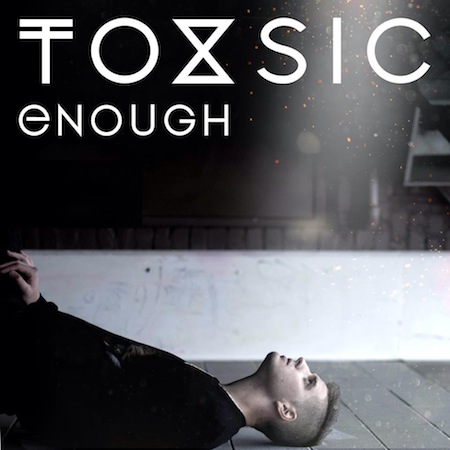 Toxsic is a rare talent. He burst onto the Canadian indie hip hop scene in 2012 with his free mixtape The Prequel EP, an instant underground classic. The success of The Prequel led to his next free mixtape entitled, Light Speed, which garnered almost 3000 downloads and set the pace for his groundbreaking debut album, Untouchable, which was released on October 29th, 2013. His story is uniquely Canadian; his family arrived in Edmonton after surviving seven years of war residing in the Serbian border region during the fall of the former-Yugoslavia. Escaping a war and adapting to a new country, Toxsic already had an incredible tale of survival by his teenage years that he channels through his musical pursuits. His music is a reflection of his reality; a dark tale ending in triumph and a celebration of life.

Determined to carve his own lane, Toxsic’s music seeks to distinguish him from his Edmonton hip hop peers. Toxsic is among the new breed of hip hop artists that aren’t bound to trying to re-create the 90’s era; rather incorporating many genres, creating a sonically evolved sound. Teaming with EDM production duo Get Recked, a natural chemistry emerged and immediately Toxsic’s style began to take shape.

Toxsic caught the Canadian industry’s attention, discovered by Reza Records founder Brendan Bain, Toxsic was one of the first artists to ink a deal with the Canadian label in 2012. He’s riding his momentum into Summer 2013 with the release of Untouchable. When asked what we can expect, “party music with a hint of reality,” describes Toxsic. “I’m seeking to capture a wide audience with my party records and hopefully guide them to my more serious songs incorporating contemporary themes and my unique story.”

Toxsic’s debut album, Untouchable, is available on iTunes and everywhere else music is sold online.