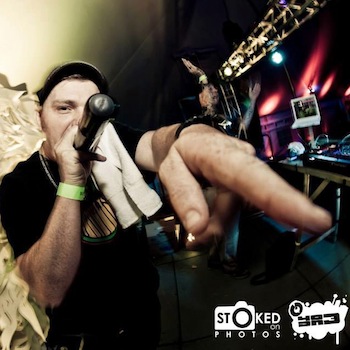 Biddy B MC is no stranger when it comes to Drum and Bass. With over a decade of experience behind the mic, he has performed with hundreds of big acts including.. Aphrodite, AK1200, Black Sun Empire, Capital J, Concord Dawn, Muffler, Mason, Evol Intent, Dillinja, Technical Itch, Mystical Influence, Marcus Visionary as well as countless others.

Originally from Hamilton / Toronto area, Biddz found his way to western Canada and made his home in the city of Edmonton, Alberta in 2009. His first break came when long time friend and producer DJ Target [Broken Recordings/World Class Management], offered him an amazing opportunity to host alongside none other then the infamous Aphrodite [Urban Takeover] back in the year 2000.

This opened for him many doors in the scene to host even more events in Canada and some parts of the U.S. With his unique hosting ability, and creative word play! Biddy B MC is a lyrical assassin and an act surely not to be missed!!