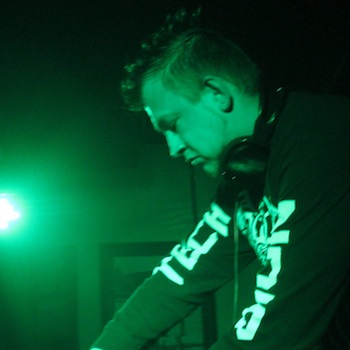 He's been called a pioneer of the EDM scene in Calgary, born in 1981 in a very musically cultured city of Krakow, Poland. He first started getting into mixing songs with a Radio Shack mixer and regular Cd players when he was only 13. His passion for Hip Hop music got him into keyboarding, producing, writing and performing hip hop for the following six years. He always loved epic rave parties and enjoyed electronic and Hip Hop music until he eventually got into Djing Psy-Trance at house parties. He exploded as a dj immediately given his former production and performing experience. Playing many different genres from Hip Hop to Psy-Trance, he dominated each one very quickly until he settled down with two different sides to the music like a true Gemini. He is currently throwing down a very filthy house beat oriented style of bass music, which is a great blend of Mombathon, Dirty Dutch, Drumstep and Heavy Electro. His second musical style is all about Psychedelic Electronic music of all different types, all combined to for a very progressive mixture of tempo. His energy level, love for performing and mashing tracks has allowed him to Blow Up all over Calgary in only 5 years. He has played in places like; Motion Notion, Wild Afterhours, Soda, Aurora, Sal's, Quincey's, Habitat, Amsterdam Rhino, Vicious Circle and still enjoy's rocking the house parties from time to time. His success with djing and promotions within Calgary, has allowed him to start his own promotional company 1Vibe Entertainment, now being a major contribution to the Underground Scene in Calgary. Providing awesome local underground club parties and even some outdoor events, creating a truck load of opportunity for all kinds of locals dj's to rock the city. He will make you move, that is a promise.