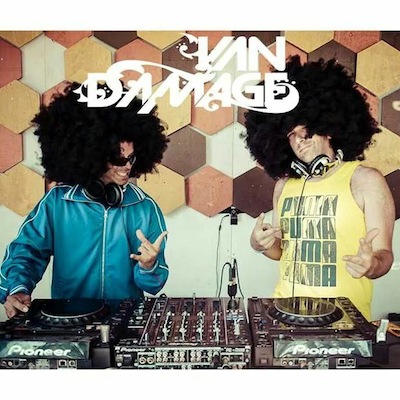 Van Damage was genetically created in 2007 by a faceless corporation bent on big quarterly statements and finding the cheapest route possible. But slowly over time, Van Damage began altering themselves, their style, and their intentions musically.
Using heavy basslines and brokenbeats, the true intention behind Van Damage is to expose different styles of music and different ways of thinking to help raise awareness.

Since 2012, Van Damage is purely organic after outgrowing the faceless corporation that created it. Settling down at the Y Afterhours, most graciously and with great honour and respect.