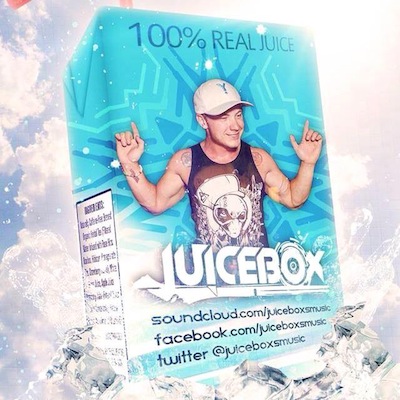 Born and raised in Edmonton, Alberta; music had become an obsession for Justin Classen when he joined a local band at the age of 14 as the lead vocalist. Looking to improve upon his skills as a musician he began playing the electric guitar influenced heavily by rock bands like Metallica, Guns n’ Roses which created even a greater thirst for higher learning in the always evolving world of music.

During the first year of high school Justin joined the schools choral program to seek out proper musical training. This carried on throughout the entire duration of his high school years; joining various other vocal oriented programs that included: Vocal Jazz, Small vocal ensembles, and even barber shop quartet.

As the years went on and Justin graduated the opportunities to pursue his vocal direction began to fall short due to a chosen career path in the trades.
February 2010, something happened. Never been exposed to the world of dance music; Justin purchased a ticket to Edmonton’s well known, annual EDM extravaganza: Frequency. Being exposed to such an incredibly energetic and intimate environment Justin instantly fell in love with the juggernaut of electronic dance music. Being heavily influenced by the performances of producers including Paul Van Dyk and Anne Savage Justin vowed to make this a dream come true.

Justin picked up a few gigs in local pubs and small venues and began to produce his own music in his spare time. What started as a hobby soon became a full blown obsession. Having been a frequent visitor to local Afterhours hot spot, Y Afterhours, Justin set the goal in his mind that he would one day be a resident DJ in his favorite night club.

In early 2013, Y afterhours had decided to throw a DJ competition that would soon change the course of Justin’s life. Being eliminated during the semifinal round of the competition didn’t stop Justin from expressing his gratitude for the club. Many weekends following had been dedicated to promotional activity for the club and he was soon called back to play again. As time went on, local hard house resident, DJ Dezire took Justin under her wing and began doing tag sets together in clubs famous “Bassment.” Justin Classen aka. Ju!ceBox is now a frequent resident performer of the Y Afterhours family.

Since then Justin is making every possible step forward to innovate and educate himself and turn Ju!ceBox into a dance music force to be reckoned with.