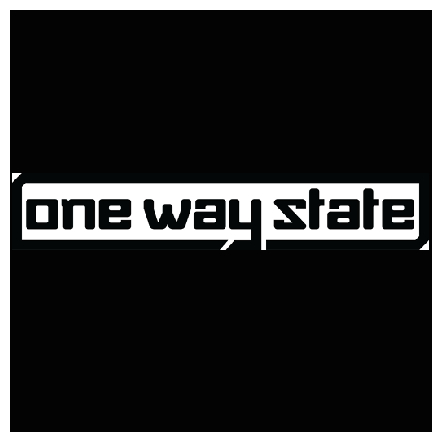 One Way State is not about reinventing the wheel. It's about great songs. Great melodies, great lyrics, great musicianship, with a great live performance backing it all up. Pure rock n’ roll with no limitations and no expectations. Yet One Way State still follows their own path, with a straight-shooting, natural-sounding self-titled debut EP, telling tales ranging from awesomeness to inadequacy, backed by a soundtrack laden with crisp melodies, loud guitars, and a thundering rhythm section.

Influenced by artists from all genres - from Radiohead to Foo Fighters, from Red Hot Chili Peppers to Dave Matthews, and home-grown Canadian rock from acts like The Weakerthans, Matthew Good Band, and Sam Roberts - they've cultivated a sound that, while being shamelessly catchy, retains originality and art, which has proven to be a fine line to walk in 21st century rock.

One Way State's live show is intense, to say the very least. Frontman Cody Mack likens their stage persona to an hour-long, controlled explosion. 'No Sweat' means 'No Effort'. Their songs are well-crafted and carefully arranged. They are full of that familiar, catchy nature that made the Britpop movement of the 90's so infectious. Their performances have allowed them to share the stage with many touring acts, including illScarlett, Scatterheart, and Maurice.

One Way State toured the vast Canadian landscape in support of their debut release "One Way State". The first single, "Empires Fall Daily", has enjoyed moderate success on campus radio across Western Canada. They completed three tours of Western Canada from November 2010 through May 2011, including performances at numerous festivals like NewMusicWest and SOSFest in Edmonton.

Despite their busy schedule, they are already knee-deep in recording for their next release, 'The Right Time', due out in March 2012. followed by a Cross-Canadian tour for the spring and summer to support the new record.

One Way State innovates themselves by living every day, doing what they want. What they love. What they were born to do. Play music. Grow. Grow naturally with no limitations and no expectations. Pure rock n’ roll.