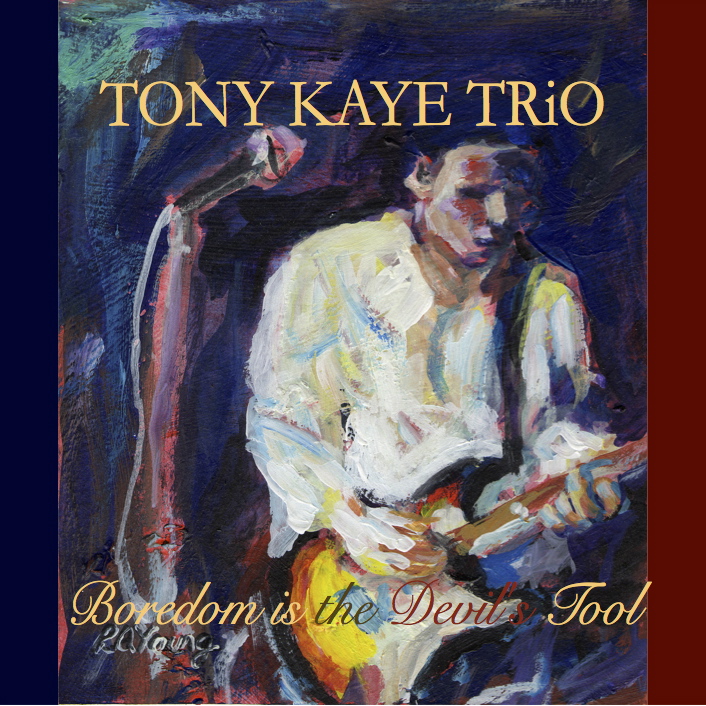 Guitarist Tony Kaye returned to the Calgary music scene in early 2013 after a hiatus from performing. Starting in Victoria, BC, Tony quickly arrived to Alberta in the late '90s and quickly became an impressive sideman who also led his own power trio with the late Calgary drummer John Durr and bass player Viktor Szuroczki until 2003. The Tony Kaye Blues Band appeared on the A-Channel's television program The Big Breakfast and Wired and hosted the Sunday afternoon blues jam at the legendary Kaos Jazz and Blues Bistro. At Kaos, Tony had the great fortune of sitting in with musical greats like Sonny Rhodes and Jack Semple, as well as with countless pillars of the Calgary blues community like the late Back Alley John, Bill Dowey, and Ron Burke. Tony has returned to the stage with bassist Viktor Szuroczki and Holly Magnus behind the drum kit to form the Tony Kaye Trio. Tony has honed his powerful new voice for blues guitar that continues the psychedelic and overdriven sounds of strat-greats Hendrix, Trower, and SRV. The release of his upcoming original music EP, "Boredom is the Devil's Tool", coincides with their performance on John Mayall's 80th Anniversary Tour in Calgary on July 11, 2014. Edmonton Music Awards awarded "Boredom is the Devil's Tool" for 2015 Blues Recording of the Year !