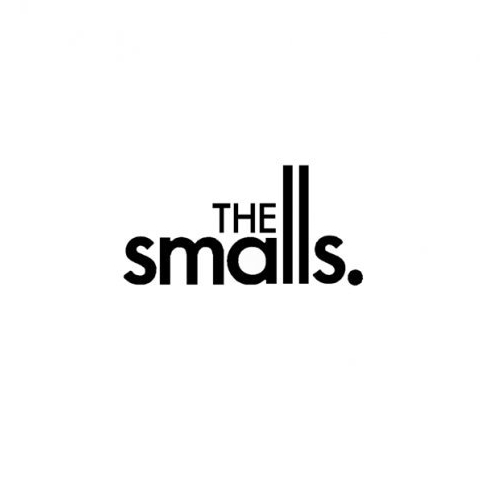 “We’ve been tossing around the idea of doing some shows together for a few years now, and the time felt right. Feels good to be relevant enough 13 years later to be playing with some of the other bands on the bill. Jack White, the Pornographers, etc. We got together to rehearse a little last week and it felt really good to just hang out and play that stuff. It brings up a lot of good memories. Hopefully it will for the audience, too. Very satisfying to play fast and heavy again. I’m genuinely looking forward to this, it’s gonna be intense.” – Corb Lund, the smalls

Toronto, ON – May 27, 2014 – A twitter account ‘@thesmallsmusic’ pops up a couple of months back. Hmm…suspicious. Ardent fans raise their eyebrows. Astute media start to wonder. This is how rumors get started. And those rumors are true! Alberta’s reigning indie punk/metal band the smalls are reuniting for two festivals this summer – X-Fest (August 30th in Calgary) and Sonic Boom (August 31st in Edmonton). The shows will feature the original line up of Mike Caldwell on vocals, Corb Lund on bass, Dug Bevans on guitar and Terry Johnson on drums. For more information on X-Fest in Calgary please visit here. For more information on Sonic Boom in Edmonton please visit here. Watch the smalls are back video.

“Lookin’ forward to seeing old friends and fans and making a bunch of new ones….seeing what the next generation thinks of us and our music.” – Terry Johnson, the smalls

“Personally, it’s kind of a big deal – I mean we’ve spent over a quarter of our lives creating music together. So it’s going to be pretty great to reconnect with the guys and play these heavy songs live again” – Dug Bevans, the smalls

It was hard to walk down the streets of Edmonton, Calgary or any number of prairie towns in the early 90’s and not see someone wearing the iconic smalls t-shirt. Formed in 1989, the smalls were to Alberta what Nirvana was to Seattle. They sold over 40,000 albums independently and built a voracious fan base that has mourned their break up ever since they played their last show together in Edmonton on October 20, 2001. Evidenced by overflowing shows at legendary clubs across the west (including a riot in Kamloops that the RCMP were called in for and subsequently made the CBC evening news), the smalls were extremely prominent in the underground scene in Western Canada and have cropped up in countless other bands’ bios as an influence and driving force in the evolution of the prairie music scene.

Their self-produced debut eponymous album was released in 1990. To Each A Zone, their sophomore album, was released in 1992. Produced by Vancouver punk rock producer, Cecil English (NoMeansNo and DOA). Their third album, Waste And Tragedy, was produced by Joel van Dyke, and distributed through Cargo Records. Their fourth and final album, My Dear Little Angle, produced by Glenn Robinson, was released through Outside Music in 1998. Have a listen to their music – here.