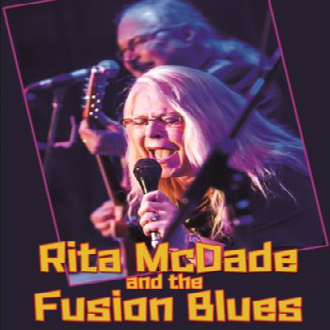 Born and raised in Edmonton, Rita’s singing career began in 1975, majoring in vocal studies at Grant McEwan College under Dr Dasha Goody. She appeared in local TV and radio specials such as CBC presentations with Tommy Banks, Edmonton Musical Theatre, Klondike Days extravaganza’s, Spirit of Edmonton in Montreal as well as various recording studio cameos.
Her first band in 1975 Sundog led to classic rock act Body Heat. By the 80’s, Rita fronted The Committee, Hidden Faces and 12:09 to name a few. She also participated in leading various church based worship teams and was involved in the Edmonton Celebration Choir that performed numerous times at the Winspear. She also glittered in the Singing Christmas Tree! For the last 38 years, Rita’s passion of sharing her craft of singing to hundreds of students has enriched many lives including hers.
Rita is influenced by many vocal greats like the “Bonnies” (Raitt and Bramlett), Aretha Franklin, Carole King, Linda Ronstadt and currently Janiva Magness. Looking to stretch her artistic boundaries further, Rita and her present group of fabulous musicians are looking forward to recording her first EP in 2014 followed by a CD release. Music flows
through her blood. The musical adventure lives on. Rita’s a lifer!

Guitar slinging began at age 12 for Kevin. Playing professionally since 15 years of age his first band “Jonah” toured throughout Saskatchewan and Alberta for 11 years.Kevin’s passion for blues kick-started in 2006 with his new wife Rita McDade. A lifelong player, educator and music industry specialist, Kevin is a 46 year music veteran. He “doesn’t like to play…He Lives to Play”!