Go For The Eyes 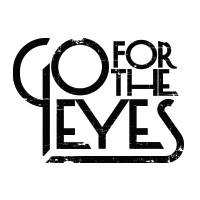 Go For The Eyes

Go For The Eyes founder Jeff Turner spent several years growing his band from the ground up in Calgary, Alberta before colliding with his musical soulmate, Elise Roller. After watching her mesmerize audiences as a solo artist, Turner would add Roller to the band in late 2009, setting the stage for a thrilling musical adventure to come.

By 2014, the band had added Scott Perrin and Jacob Pasterfield, a rhythm section that would powerfully anchor Turner and Roller’s dynamic songs. Sounding as though their voices were harvested from the same bloodline, the band’s seductive duo bottle songs containing Fleetwood Mac’s bluesy courtship shaken up with the hook-laden sensibilities of Jack White. The band’s work ethic and true passion for rock n’ soul has them emerging as one of Alberta’s most notable live acts, and they are well on their way to keeping heads bobbing and toes moving across the nation.

Along with making a name for themselves in their hometown, Go For The Eyes have doggedly toured Alberta and Canada for the past five years, sharing the stage with the likes of Moist, The Trews, Limblifter, Said The Whale and Transit and playing multiple showcases at CMW and NXNE. In 2013, the band secured performances at the Calgary Stampeders’ Labour Day Classic halftime show, and the Flames’ home opener. That same year, Go For The Eyes was crowned winner of the X92.9 Xposure Radio Contest, beating out over 200 bands. With their latest release, Fifteen Through Twenty, in tow, the band will be expanding its reach with a tour to the United States and a showcase at CMW in the spring of 2015.

As Turner explains, “I have only one goal in music: to raise the standards.” With this in mind the band has turned their mosaic of influences into a melting pot of genre-spanning domination – and they are ready to change the face of Canadian music.