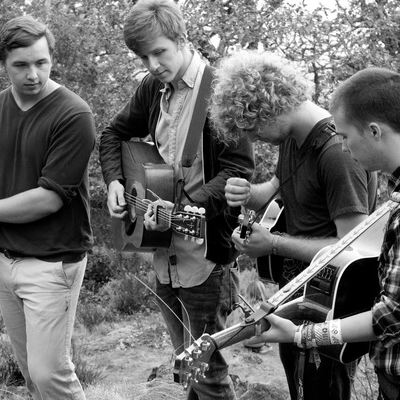 The Archers, who were awarded Victoria’s Times Colonist Music Award - “Act to Watch for 2013” and Monday Magazine’s Favourite “Emerging Artist/ Band Award” in April 2013, were also nominated for a “Young Performer of the Year Award” by the 2012 Canadian Folk Music Awards, crowned Youthink’s “BC's Best Teen Band” in April 2011 and won Victoria’s “Garage Band Live” in May 2011.

The Archers unique Folk/Rock sound is created by their ability to be multi-talented musicians, songwriters and performers. Sharing the roles of lead vocals, guitar, piano, bass, drums, mandolin, banjo and multiple other percussion instruments, the band from Victoria, BC create an impressive and versatile sound full of compelling harmonies and fantastic energy.

In April 2013 they recorded their debut full length album at Monarch Studio with Tom Dobrzanski (Said The Whale, We Are The City) and had it mastered at SAE with Roger Seibel (Broken Social Scene, Death Cab for Cutie, Bon Iver,Tegan and Sara). (release date tbd) Prior to that in August 2011 the band produced their EP, "Much More Than Merry Men", where it was added into rotation on CBC Radio3, CBC Radio 1 nationally, The Zone 91.3FM and college stations. They were also Victoria’s Zone 91.3FM’s Band of the Month in June 2012.

“The Archers, or if Mumford and Sons had sons: With influences drawn from the softer side of the rock spectrum, The Archers merry brand of music brings together warm harmonies, direct lyrics and pointed guitars. If the groups' aim with "The Sun Will Rise" was to create winning whimsical folk-pop, then The Archers have hit their target.” - Steve Venegas CBC Radio 3 - Jun 11, 2012

"There’s a certain balance that can be hard to achieve; that perfect blend between musical integrity and catchy hooks, lyrics that are both wise and relatable, and accessible melodies without sacrificing instrumental depth. Victoria locals, The Archers, made reaching that balance seem nearly effortless with their debut EP, Much More Than Merry Men." - Youthink Magazine - Kirsty Chan