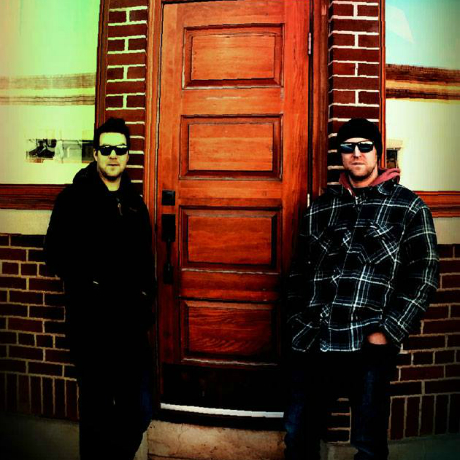 Five Days Off, consisting of Jon Brown and Joel Ezinga, is a hard dirty blues rock duo from Wainwright AB hitting the fm airwaves guerrilla radio style. The crunchy blues guitar/big drum combo will hit you square off the hop, and keep you salivating while they steadily build into hard driving rock. Be prepared. This is not a "one time listen". Downtown Jonny Brown captivates with his unique styling of crunchy, thick, blues inspired riffs and soulful vocals while the theoretical lovechild of Lars Ulrich and Taylor Hawkins that is Lazy J shakes your sternum with a rhythm unexpected.

Both full time firefighters at CFB Wainwright, the band formed when Ezinga and Brown were moved to the same crew together and had a mutual 5 days off between tours. Both seasoned musicians, things immediately clicked in the basement when Brown plugged in and took over the room with his trademark Gretsch. Ezinga sparked when he immediately realized he'd found someone who could handle and enhance his big drum sound, and the appropriately named Five Days Off was born.

Their goal is to bring back stripped down, straight up the middle rock to the people who have been patiently awaiting its return. What better way than to strip it down to it's core, guitar and drums? Over the last 5 months the pair have been playing shows steadily around Alberta to initially skeptical audiences at the sight of just 2 men on stage....until the first chord cracks and the realization that in this case, 2 men are all that's needed to light up the stage.