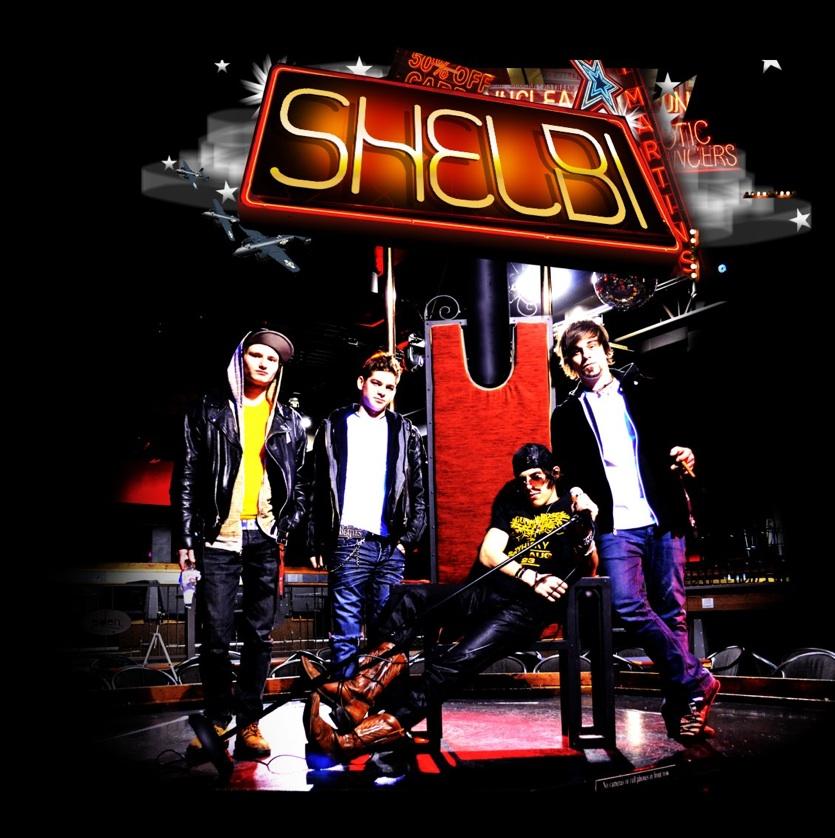 Enough rock to flip a boat

It all started back in mid '09 when three guys (Ryan, Alex and Dylan) from a small town of less than 300 people drifted to what seemed like the roaring city of Edmonton, looking to kick-start a music career.

The guys found a local drummer and quickly put together a three song demo to get the ball rolling and to try and get their name and music out in the scene.

Unfortunately a short time later, their current drummer left the band, leaving the boys with a difficult task of finding a replacement that suited their specific style.

After a few failed attempts at finding a drummer and countless discussions of whether or not the band should attempt to move forward or pack it all in, the boys sat down with a bottle of Jack, and the path forward seemed all too clear.

They finally found what they were looking for when introduced to Kris Bridge, a graduate of the Grant Mac music program, which SHELBi guitarist Alex also attends.

With Kris on board SHELBi has cranked it to 11 with their explosive live show and original razor sharp sound. The quartet quickly began writing, and rocking some new material in attempt to bring back the classic hard rock style that they are all so influenced by. As of now the band is continuing to gain respect from other acts and fans across the country in hopes of putting there footprint in the crazy world of ROCK!