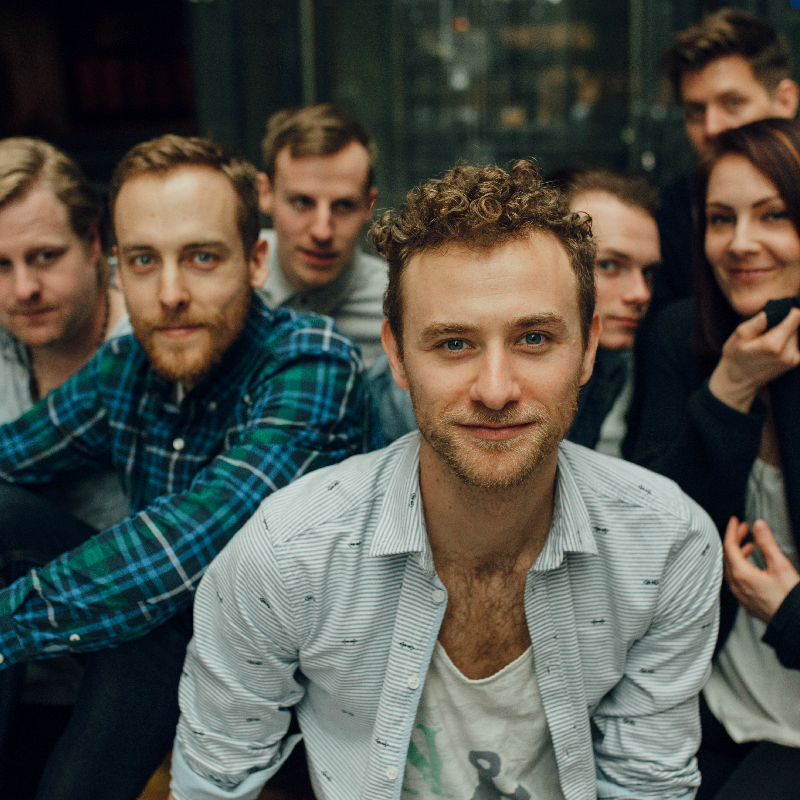 Towers and Trees are an indie rock collective from Victoria, BC with a rich, anthemic sound and thoughtful songwriting that harkens to groups like Hey Rosetta, The Arcade Fire and Coldplay. With its roots as a home recording project by singer/songwriter Adrian Chalifour, the original vision of Towers and Trees was simply to rediscover the joy of creating and sharing music, free of any pressure, measure or expectation.

It was an intrinsically collaborative endeavour, and as a growing parade of musicians joined in to contribute their creativity to Chalifour’s collection of heartfelt songs, what emerged was a rich and authentic album (the Broken Record EP) which blossomed into an explosive live experience that has caught the attention of audiences and industry alike.

Towers and Trees’ debut single “Montreal” broke into commercial, college and CBC radio in early 2013. The band was named the Zone @ 91.3’s Band of the Month and a finalist in Music BC’s PEAK Performance Project, and made appearances at several of BC’s premier festivals (Rifflandia, Tall Tree, Khatsahlano, V.I.C. Fest). Broken Record also earned multiple award nominations (VIMA and “M Awards”). During this time, the collective continued to hone its sound and stage craft, establishing itself as one of BC’s most notable emerging indie acts.

Armed with a burgeoning catalogue of new material and an energized fanbase (who helped fund a wildly successful Kickstarter campaign), Towers and Trees returned to the creative process in late 2014. This time, they entered the studio with acclaimed Vancouver producer/engineer Alex Aligizakis (We Hunt Buffalo, Bend Sinister) to record a full-length follow up to their debut effort.

Towers and Trees released West Coast, the first song (and title track) from the forthcoming album in January, 2015. West Coast showcases T&T’s melodic sensibilities, with effortless hooks and a bigger, bolder studio sound absent from their home-recorded debut. It also again casts a spotlight on Chalifour’s ability to write songs that are strikingly vulnerable and yet instantly accessible.

A poignant reflection on making peace in the cold-water waves of BC’s rugged coastline, the song is as Chalifour describes, “about that line in the sand called forgiveness; that moment that separates what was from what may be.”

“the imagery of making a fire, sharing a warm drink, washing in cold waves. It’s a little tragic but it’s cathartic, and it’s the moment I needed to capture before I could create an album that believes in love even in the midst of losing it,” he says.

The West Coast LP is expected out later in 2015.