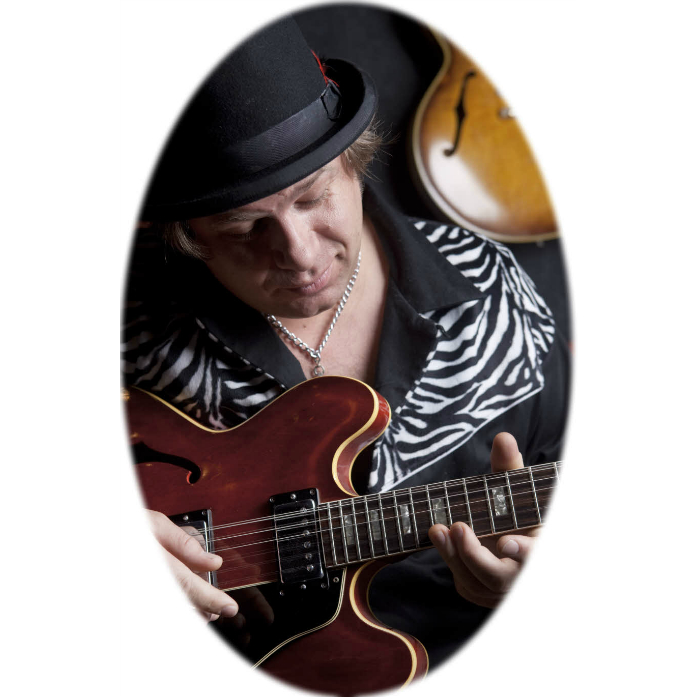 Guitarist, singer and songwriter Jason Buie has performed throughout Canada, Europe, the U.S.A. and Japan. He's been touring consistently for the last 15 years at Festivals, Clubs and Events. Along the way he has played and performed with Blues legend Buddy Guy, Taj Mahal, former Rolling Stone Mick Taylor, Jeff Healey, John Mayall, The Powder Blues Band as well as Canadian Rock Legends Trooper, Jerry Doucette and others.

Since the release of his critically acclaimed CD “Urban Blues” his profile continues to grow. Jason's second C.D" "Live atThe Blue Gator" was released in 2009. Two of Jason’s songs have been featured on Vancouver’s crime drama TV show “Cold Squad”. “Urban Blues” is on regular rotation at Galaxy and affiliated satellite networks. His music remains a well-seasoned gumbo of blues, funk, rock and soul with influences that originate in the Southern States. Jason’s from the heart vocals, fiery guitar work and charismatic stage presence has captured the attention of critics and blues fans around the world.
Jason's passion for the Blues and music in general has lead him to many related projects. He is a Co-Founder and one of the 2 Artistic Directors for The White Rock Blues Society. He's also taken the initiative to start "The Blues in The Schools" program in British Columbia. Currently his is working on his next release, playing Band and Solo Acoustic shows. Visit Jason on line at jasonbuieband.com.