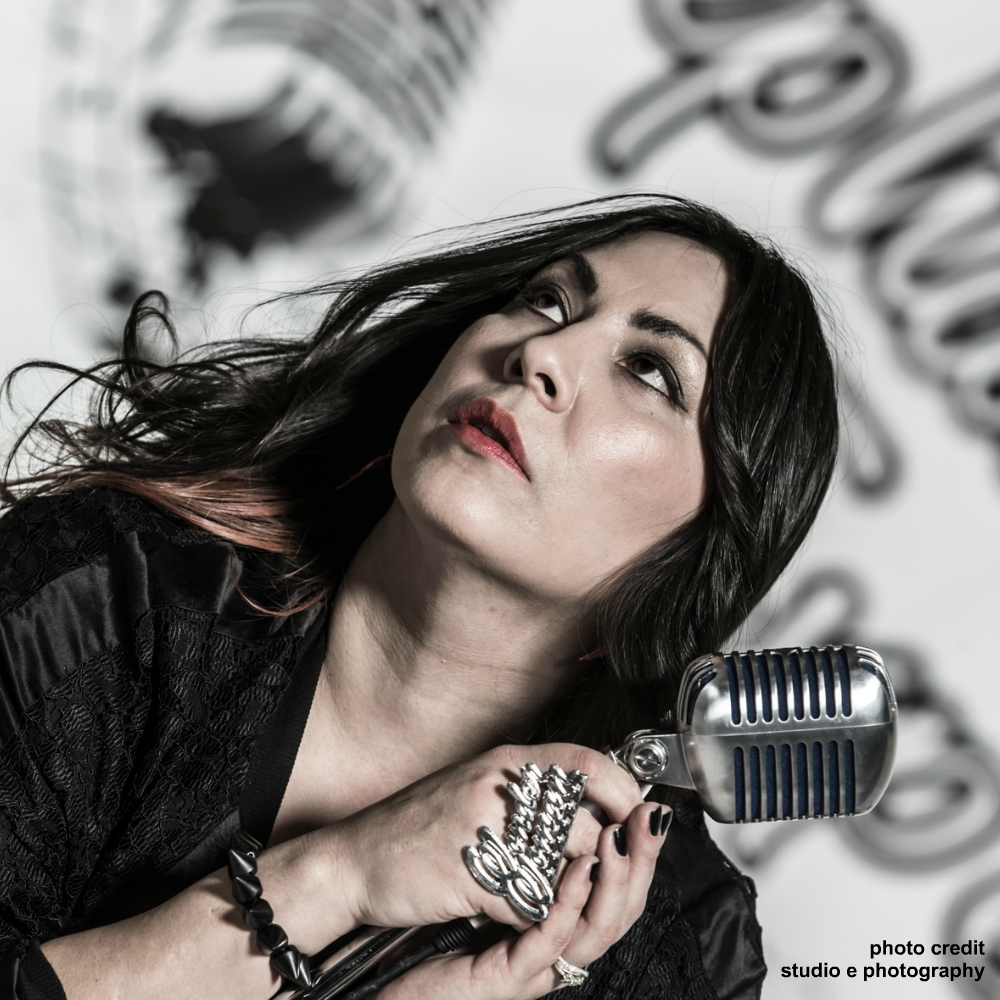 Stephanie Harpe Experience is a high energy Rock band based out of Edmonton, Stephanie started a band in 2005 and has been opening up for the biggest names in music. Stephanie was discovered at 18 by Canadian Icon Jeff Healey, during their friendship she was inspired by his music and taught about the music industry.
S.H.E has been an opening act for Trooper, Prairie Oyster, Charlie Major, Crystal Shawanda, Digging Roots, Savoy Brown, Tom Cochrane & Red Ryder, Bare Naked Ladies, Sonny Rhodes x3, Blue Rodeo, CCR Revisited, Colin James, Dwight Yoakum, Tanya Tucker, Streetheart, Kim Mitchell, The Stampeders, The Wild, David Wilcox, Buckcherry and double billed with the Iconic Darby Mills (formerly of the Headpins).
She has also shared the stage with three time Grammy award winner Bill Miller. Played the Indspire Awards closing ceremonies at the Queen Elizabeth Theatre in Vancouver on global TV, Stephanie won a Esquao Award for the arts 2017 and was asked to write a song for The World Indigenous Games 2017and perform it for the event that hosted 15 countries.
S.H.E‘s newest CD was fast tracked as they were asked to open for Aerosmith! With direction from Holger Petersen it was recorded at Homestead Recorders with legendary producer Barry Allen. Stephanie was a presenter and nominated at the Edmonton Music awards, S.H.E also played the after party. S.H.E was the 2nd runner up for The Best of Edmonton List as best local Band.
The CD was picked up by Sirius Satellite Radio which made them an independent success with sales from all over the world, but the United States is there highest rated audience. The single Rezz Rock was number one for 14 weeks in and around Ontario on Revolution X Radio.
Stephanie Harpe Experience has seen its share of players come and go; long time fans say the current lineup is the best. Lead Guitar - Steven Johnson, Bass Guitar and Vocals - Slava Fedossenko, Rhythm Guitar - Marcel Giblak, Drums and Percussion - John Riley and Stephanie Harpe on Vocals. 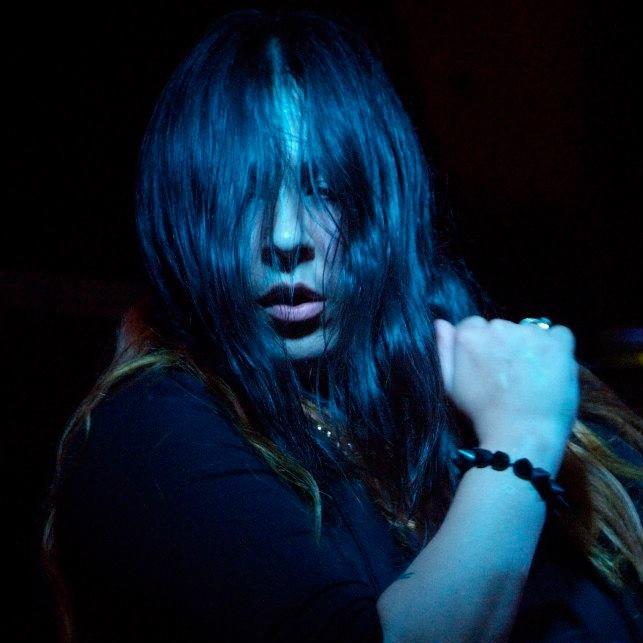 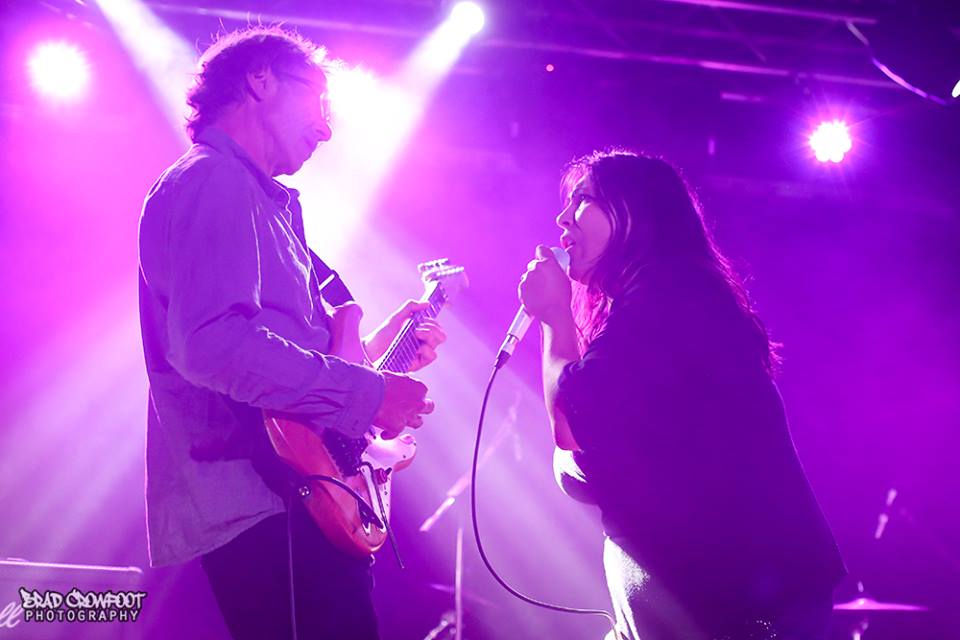 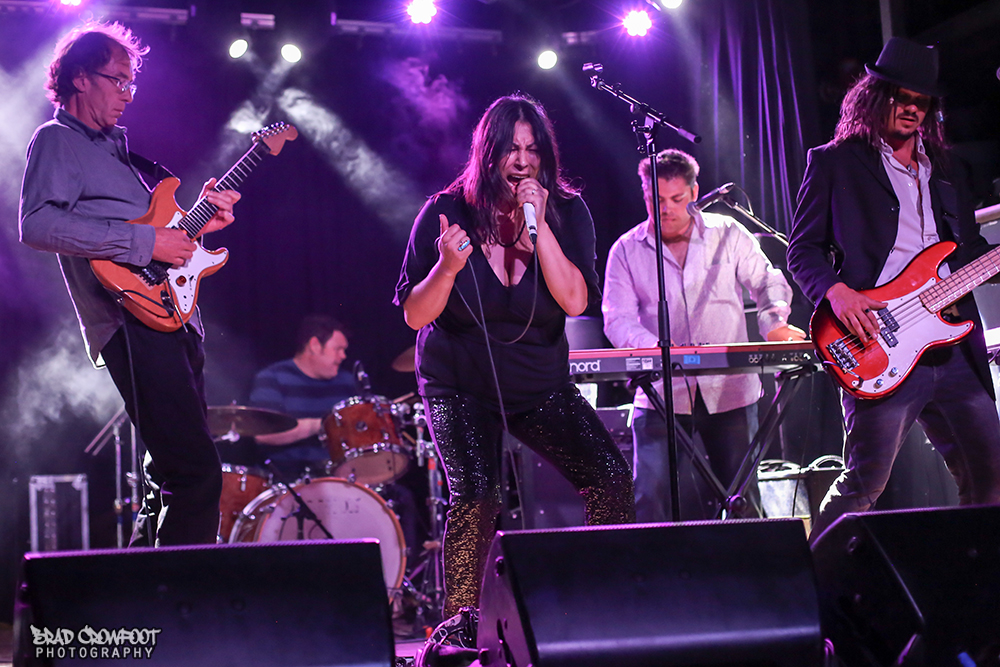 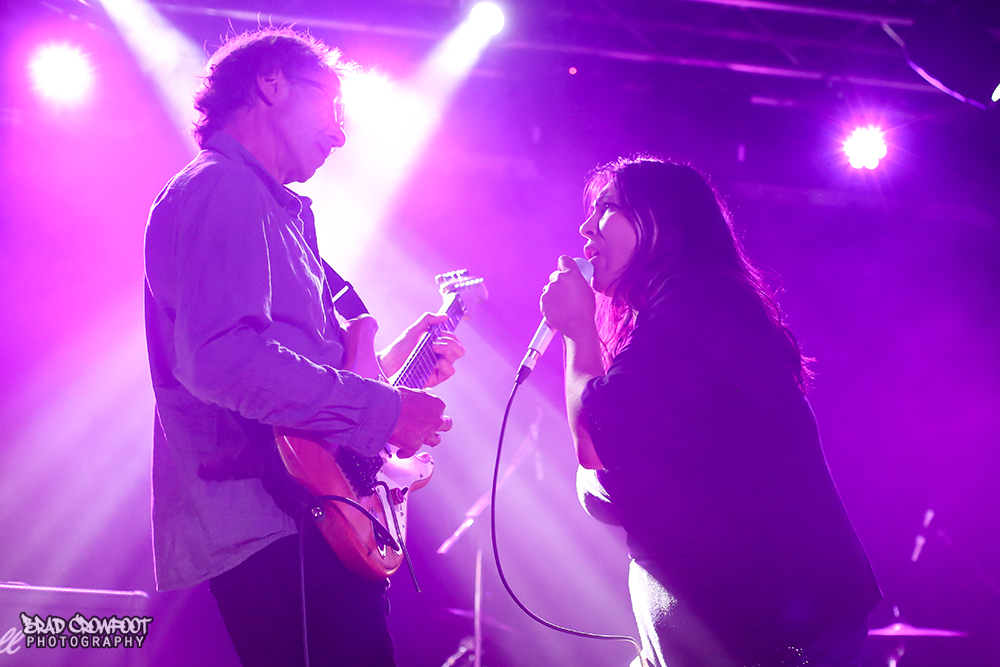 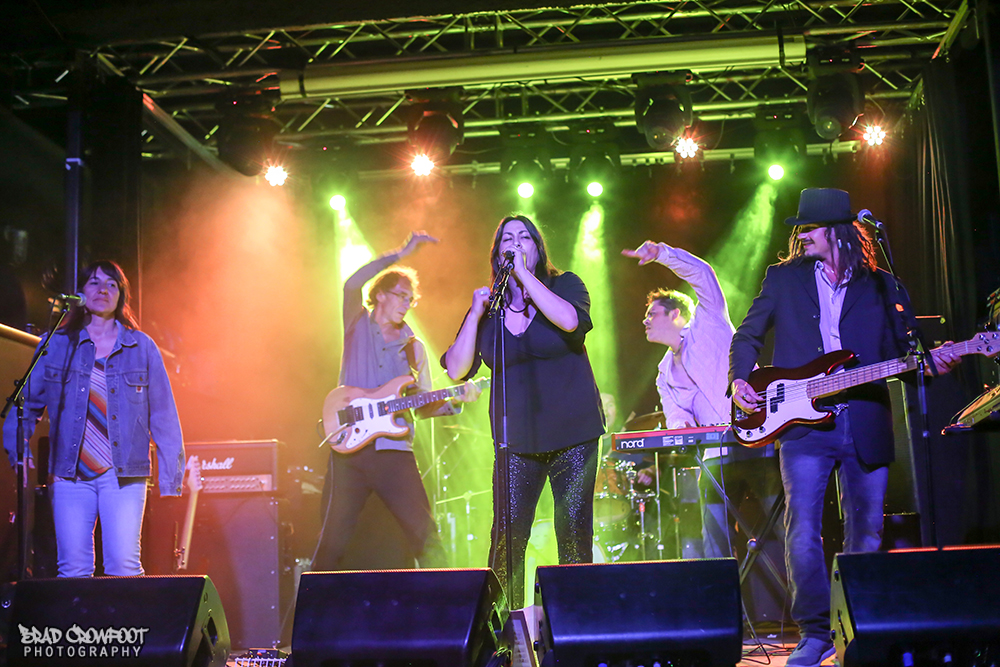 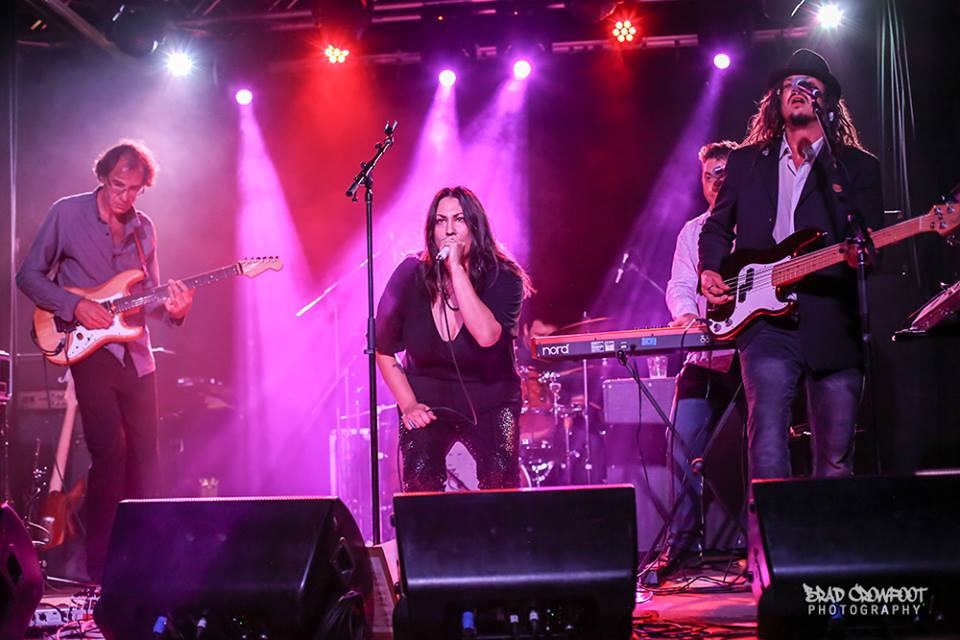 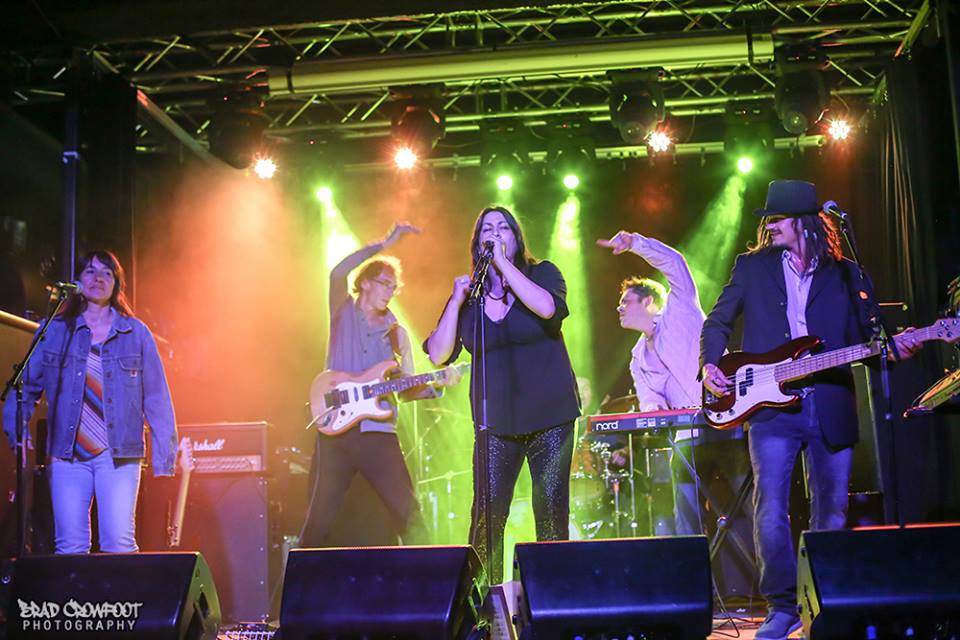 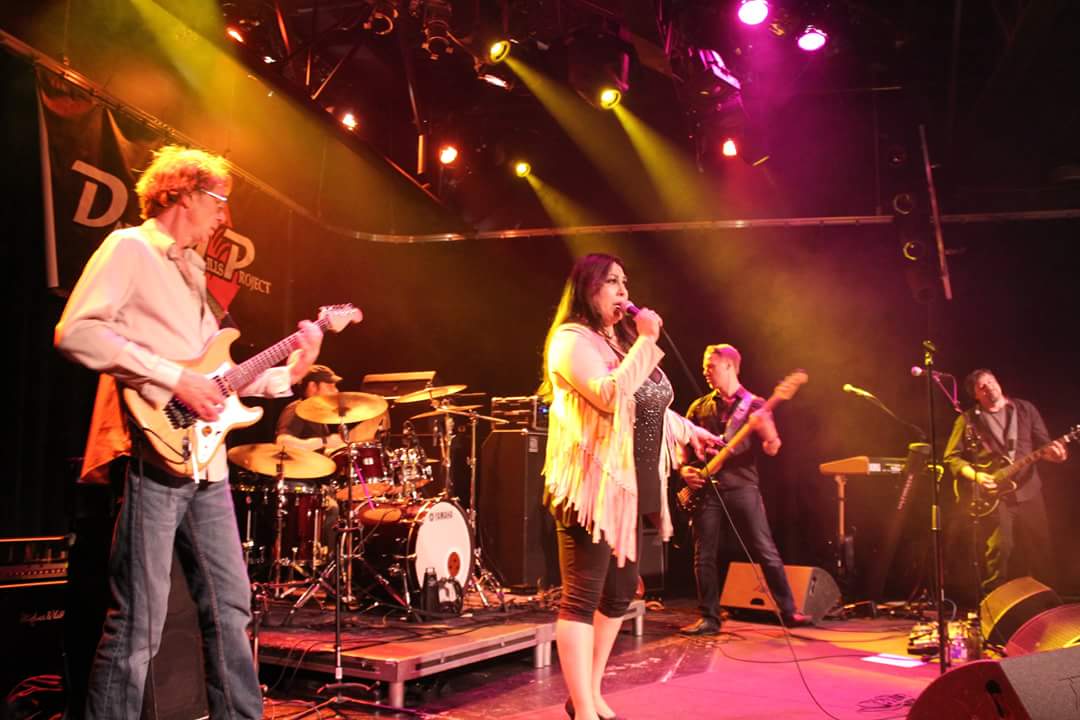 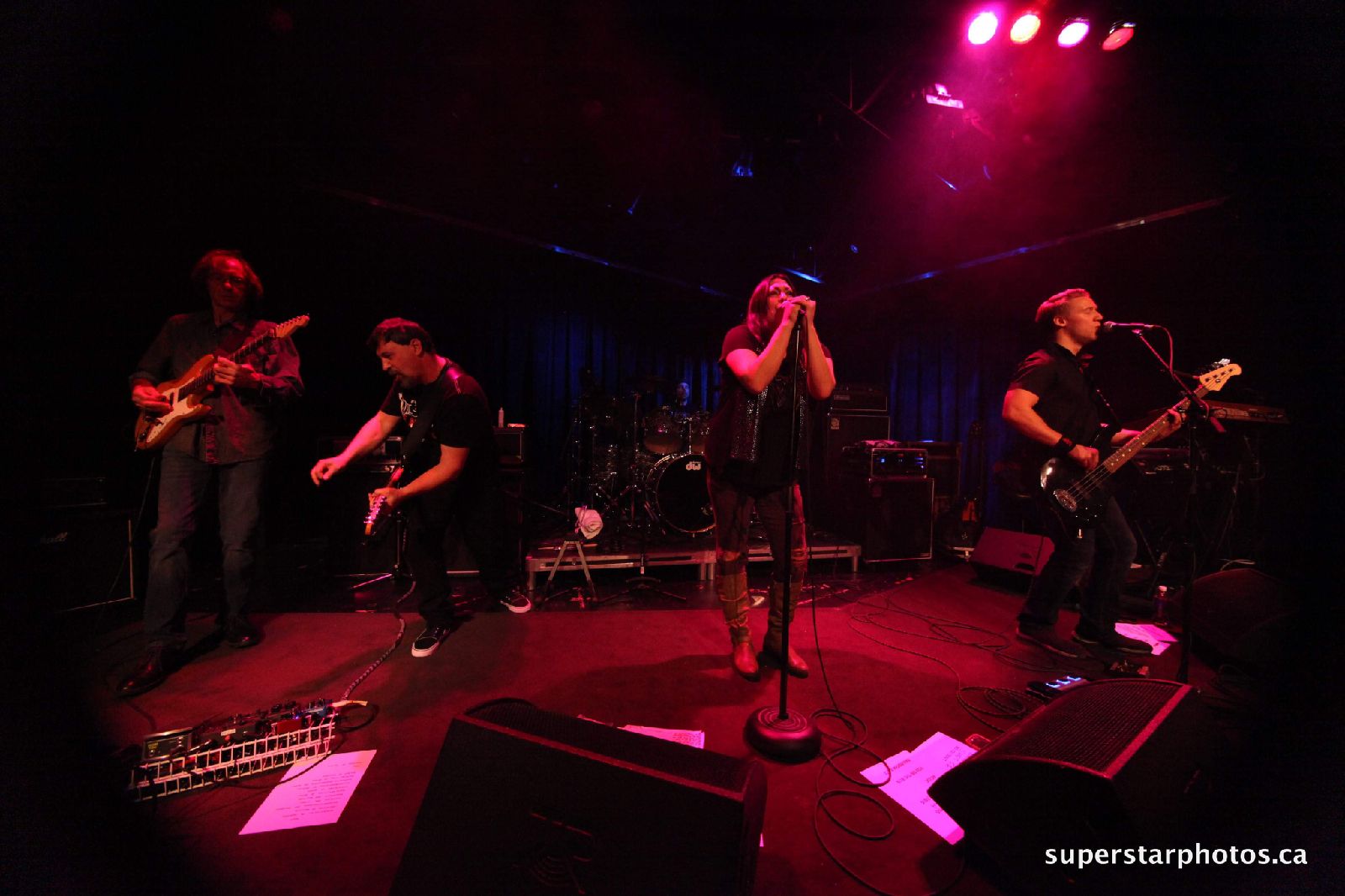 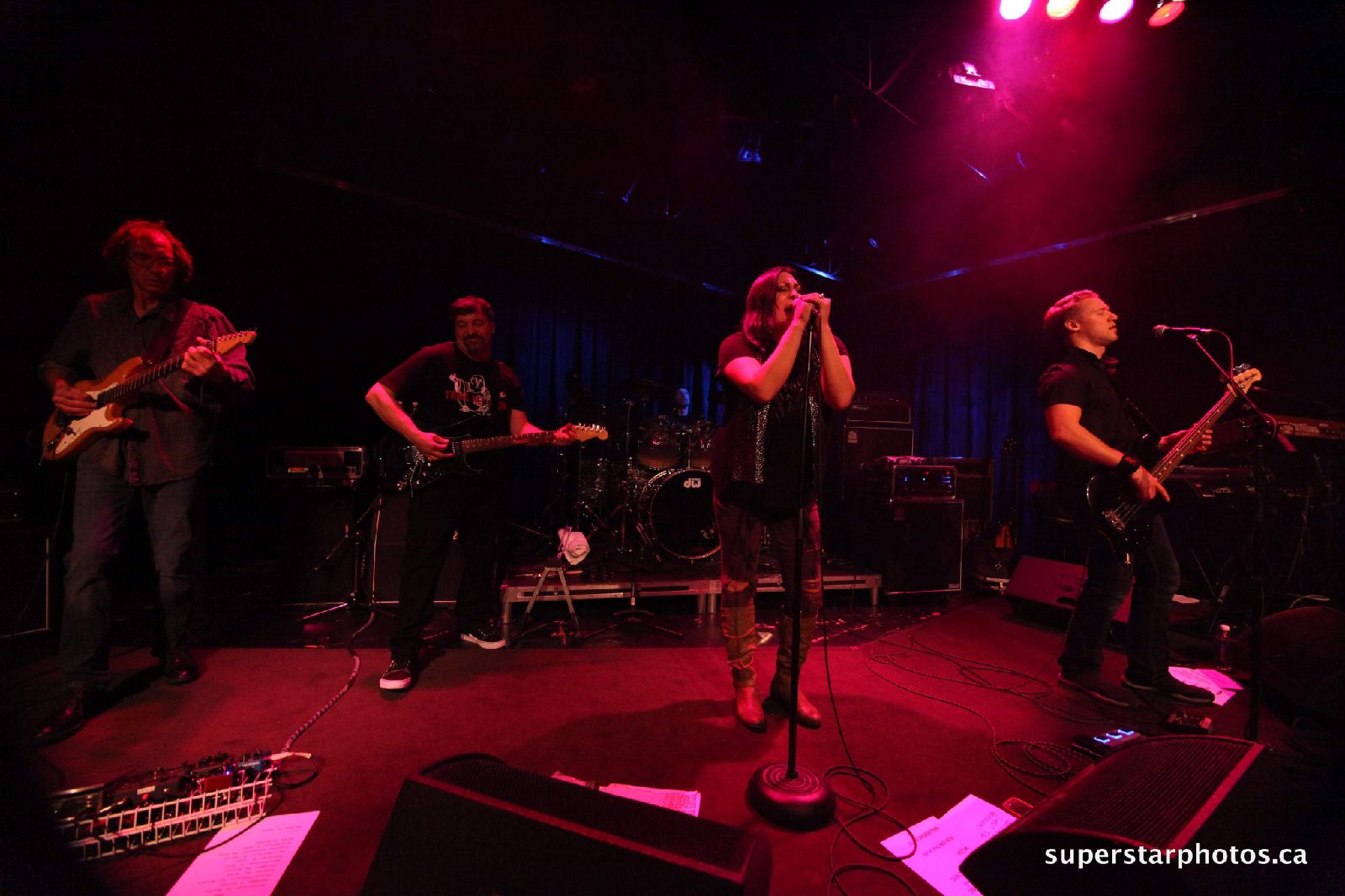