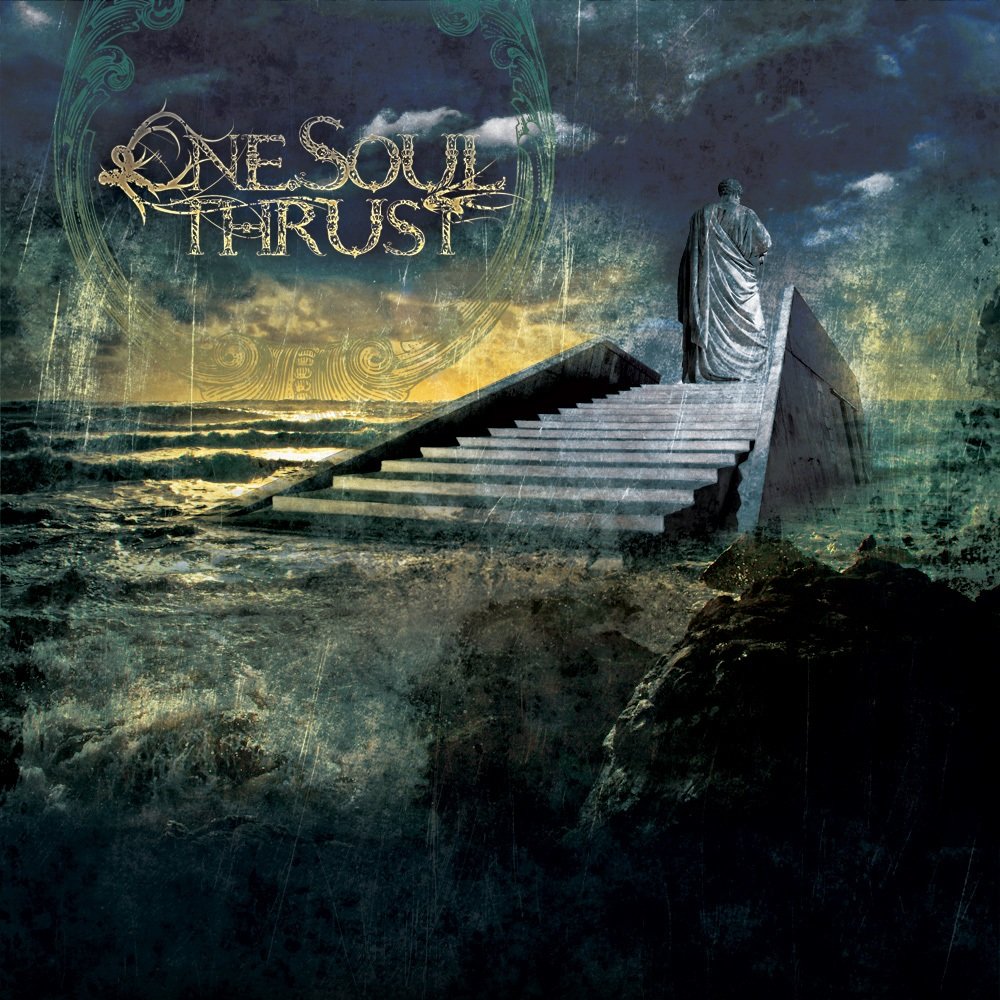 Passion.
It’s said that one can’t be truly creative without it. Surprising how many bands fall short when putting that equation together. In the fickle world of music there is something to be said about a group that doesn’t kow-tow to cookie-cutter trends or cigar-chomping suits looking for the next pop flavour of the month. So if fate chooses to smile the gleaming white grin of prosperity on Edmonton, Canada’s One Soul Thrust then let the justice be done. Their style- modern yet classic rock-influenced- lends itself to success without compromise. From pure rock to soulful blues, it’s all rock and it’s all executed with precision, experience & creativity… but it starts with passion.

One Soul Thrust- 1ST for short- puts the passion where their mouth is. And out of that mouth comes the group’s signature sound via lead vocalist/songwriter, Salem Jones. Put Heart’s Ann Wilson and Queensryche’s Geoff Tate in a blender. Ignore all except the tastiest of screams. Mix. Pour. Now throw in their first offering, “1ST” released in June 2010. Wielding presence and mystique with an understated but confident sexuality, Salem is the full meal deal of rock singers. Add drummer Todd Pretty’s pounding hypno-grooves, guitarist Jag Mollerup’s thoughtfully aggressive chords, bassist Anna Portalupi's sizzling attack and you have the core members of what one US journalist called “one of Canada’s best kept secrets”.

1ST is not- thankfully- a secret to all, specifically some of the best in the global rock community as well as members of Canada’s Tupelo Honey and The Northern Pikes with whom they’ve worked in the past. Even Europe hears the 1ST song with well-known Italian musician/producer Alessandro Del Vecchio choosing to produce their albums. Notably on the first CD, Salem made history by being the first Canadian singer (and the 2nd female singer in the world) to record a duet with The Voice of Rock, Deep Purple's Glenn Hughes. The song “Go Home & Melt” was played by radio in over 38 countries continues to stream and sell, and Hughes loved her voice and songs enough to suggest they work together again. Further to the respect this singer has, Paul Rodgers of seminal rock band Bad Company, actually handed his microphone to her to sing solo in his finale at a concert at Edmonton’s Jubilee Auditorium in Sept. of 2011. 1ST was also hailed as a true talent in 2011 by Michael Moore of moorehits.com. In addition to taking 140 songs to #1, Moore is credited with co-discovering Steve Ray Vaughn and successfully launching Michael Jackson’s Thriller and Ozzy’s Bark At the Moon. Needless to say, he knows it when he hears it.

With four releases from a previous project under their belts, their debut CD “1ST” out to great reviews, a 2nd album “Know One Knows” well-received in early 2012, and their 3rd album "Hold The Vision, Trust The Process" releasing in spring 2016, you can add prolific to their resume. Feel, Commitment and Music- it all adds up.