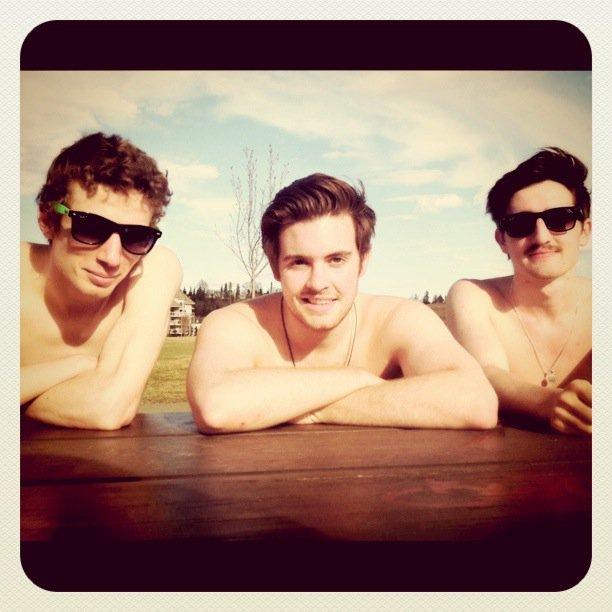 "They are totally charming and talented and play songs that would be pretty if they didn't have so much attitude. Like finding a stripper with a heart of gold, guys this talented are hard to come by, but worth it when you do."

"You guys are WILD" - A girl who has a Ferris wheel in her backyard.

"They blow people away every time they play, plus are awesome guys. They should be and probably will be huge. We just hope they remember us" - Wunderbar

"Scenic Route to Alaska is getting a lot of buzz in the city, and were entirely awesome with their indie rock sound (hell, I had already bought their CD in my mind halfway through their first track), and general poise and leadership on the stage. You’ll be hearing a lot more from them in the future too, I imagine. " - New Music Michael.
Biography
Scenic Route to Alaska is proving that less is more. The band's distinct, heartfelt, and catchy indie-folk-rock is as tight as their unshakeable friendship. Having grown up together, Shea Connor (drummer), and Murray Wood (bassist), intuitively know what Trevor Mann (guitarist and vocals) is writing about. After forming in the summer of 2010, Trevor and Shea travelled to Montreal to meet Murray in order to record a 3 song demo at the McGill University. After countless bar shows, showcases, and a steadily growing fan-base, Scenic Route to Alaska left there comfort zone and successfully toured through Alberta and the interior of British Columbia. Shortly after playing Edmonton's own S.O.S. Festival, the band was invited to perform at the Edmonton and Canmore Folk Music Festivals. They deemed it necessary to have more material recorded and decided to add 3 songs to their original EP. After two days in Norwood Studios, the band had a completed 6 song disc, engineered and produced by James Murdoch (James Murdoch Band) and Chris Wynters (Captain Tractor). After demonstrating very successful CD sales at both Folk Festivals, Scenic Route to Alaska is looking to release a new full length album before the summer of 2012.

Trevor Mann is the songwriter, guitarist, and vocalist for Scenic Route to Alaska. After growing up in an environment riddled with musical influences, it comes as no surprise that Trevor is pursuing a steadily blossoming career as a musician and songwriter. Writing catchy songs, being personable, and showing a deep passion for the music he is producing, Trevor Mann, at twenty years of age, is quickly making a name for himself in the music industry.

Murray Wood, age twenty, has been playing the Upright and Electric Bass for the better part of ten years. Following two years of study in the Jazz Program at Grant Macewan University, Murray was accepted into the Upright Bass Program at McGill University in Montreal: a program which has garnered international acclaim for it’s competitive musical reputation. September of 2011 will mark Murray’s second year in the Jazz Performance Program where he maintains a near perfect GPA. Furthermore, Murray’s enrollment in the program has facilitated advantageous networking opportunities for Scenic Route to Alaska.

Shea Connor, although not from a musical family, first felt inspired to pursue drum lessons, from drumming instructor Mike Sniatenchuk, at the age of twelve. Over the past ten years, Shea has had the opportunity to exhibit his growing talent in various musical realms until eventually Scenic Route to Alaska proved to be an ideal musical fit to accommodate Shea’s passionate pursuit of the art of drumming. Shea has been in high demand as both a backing and studio drummer for many local musicians, experiences that have contributed to his growth in music of varying styles.