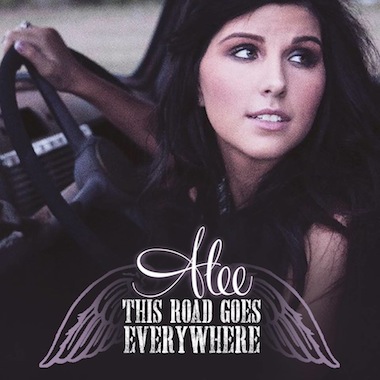 Alberta Country Music Association (ACMA) 2011 Female Artist, and Fan Choice of the Year nominee - Alee - brings her fresh up tempo style and sound to country music -- and with a strong musical background, she has the goods to back it up. A singer-songwriter-musician-entertainer regarded for her musicianship, the strength of her original songs, and charismatic performance, Alee has the versatility of a veteran performer with the ability to take her songs from full band down to a simple acoustic performance, varying each show from the preceding one, in an essence described by her audiences as engaging, passionate and authentic.

Her ability to entertain is reflected with performances and accolades which span festivals including Big Valley Jamboree, Carlton Trail Jamboree, Westerner Days, Capital Ex, Canadian Finals Rodeo, among shows on Edmonton's Winspear stage and The Jubilee Auditorium as well as performing for charity/gala events and other western Canadian venues, while growing recognition to the East and south to Nashville.

With experience and performances that have been garnering merit since 2005, she is well prepared for the leap further onto the country scene. Fresh out of the studio, Alee's original and first single entitled "REAL" will be released internationally on February 1st, 2011. Recorded at the eclectic MCC studio in Calgary Alberta with the rockin'