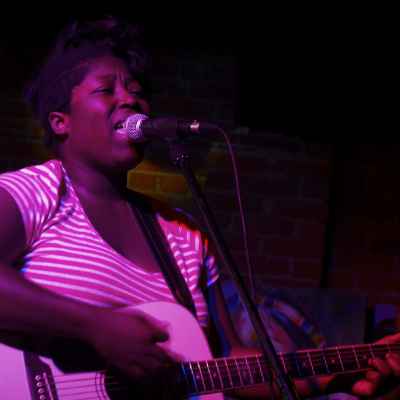 Konzy Vida is more than just another emerging singer-songwriter with a unique sound. She writes songs that resonate deep within her audience and has a voice that comes straight from the heart. Konzy Vida strives to connect with and capture her listeners with her personal sound and alternative style.

Nominated twice for the St.Albert Mayor's Arts award for emerging artist, Konzy Vida has graced several Edmonton stages and has, made appearances performing at various events and fundraisers. Some of them being; The CTV Morning Show, The Edmonton Singing Christmas Tree, Not Enough Fest, Eating Disorder Support Network of Alberta and Sun Tree Charity for UN Water Day. In addition, you might also find Konzy Vida singing the national anthem at an Oil Kings game!

Not only has Konzy Vida used her music to entertain audiences in the past but she also uses her music to bring awareness and support to her community in regards to important causes. In 2015, Konzy Vida founded the first and annual Music and Verse, a spectacular charity event in support WIN (also known as the Edmonton Women's Shelter). Konzy Vida's event was a hit for her first effort, bringing in people from all over Edmonton and creating quite the buzz.

In the meantime, you can catch Konzy Vida's performances at upcoming shows and events in Edmonton. You will want to hear her original songs with honest and compelling lyrics again and again.