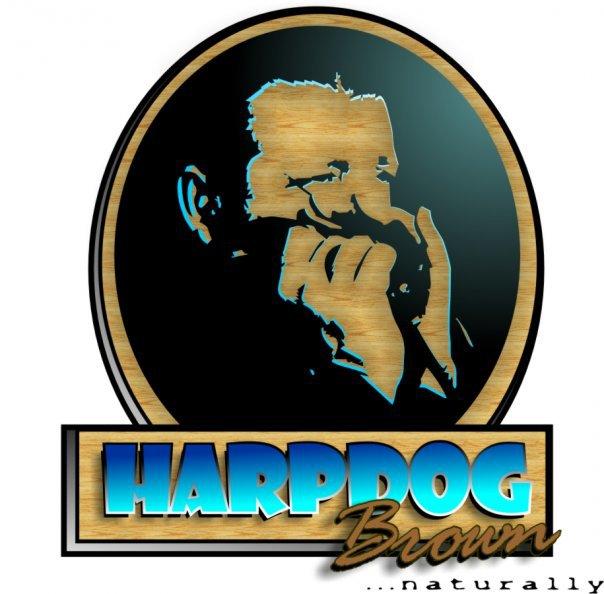 "Harpdog is a great blues man. He is in total command onstage – and enjoying every minute. The addition of Will MacCalder is a bonus."
- Holger Petersen, Blues Programmer
CKUA and CBC Radio
"Brown is an excellent singer and band leader who reminds me a lot of the late Hock Walsh and he has put together a program that you can often hear in clubs but seldom so well played ........ heavy on blues feeling."
- John Valenteyn, President
Toronto Blues Society
"Isn’t it nice to know that all the “fast food / flavor of the week” blues artist are easily dispensed with when compared with the REAL THING. I mean the bona fide, totally authentic purveyor of heart and soul, down-in-the-alley blues. And, believe you me, Harpdog Brown and the Bloodhounds are purveyors with pedigree."
- Andy “Blues Boy” Grigg, Chief Editor
Blues Review Magazine
“They play the blues naturally and without gimmicks or pretension, and when you combine that with their talent, it places them at the top of their trade…You won’t find a better blues band in Canada.”
- West Coast Entertainment Magazine
“These two bluesmen are just too good to be missed."
- Blues Notes, Portland
“These guys play with passion, emotion and honesty, and instead of overwhelming their audience, with technical genius, they keep it simple except when the time is right for going to town. That’s the essence of Blues”
- Missoula Independent, Montana
“These guys are genuine bluesmeisters, and will make you homesick for Chicago and the Mississippi delta even if you’ve never been to either…They don’t come any better than this.”
-Capitol News, Kelowna, BC

Having been in the business as a touring recording artist for close to thirty years, he has shared the stage with such greats as Matt “Guitar” Murphy, Pinetop Perkins, Tim Williams, Kenny “Blues Boss” Wayne, The Powder Blues Band, Willie MacCalder, Jack de Keyzer, Fathead, Donald Ray Johnson, Morgan Davis and the late Dutch Mason .

In 1994, Harpdog won the prestigious Muddy Award – the only Canadian to receive this honor - and in 1995 was nominated for a Juno Award for Best Blues Album, “Home Is Where the Harp Is”.

Harpdog Brown is one of Canada’s truly gifted blues artists. He’s a lifer in the world of musical gypsies, travelling near and far to share his substantial talents in story and song.

A gifted singer and an imaginative harp player, he brings traditional blues into the 21st century. With five CDs under his belt, working with two different duos as well as with his band The Bloodhounds, the Dog puts his individual stamp on everything he does.

He is pure blues at its best; absolutely the genuine item. He is the real deal.