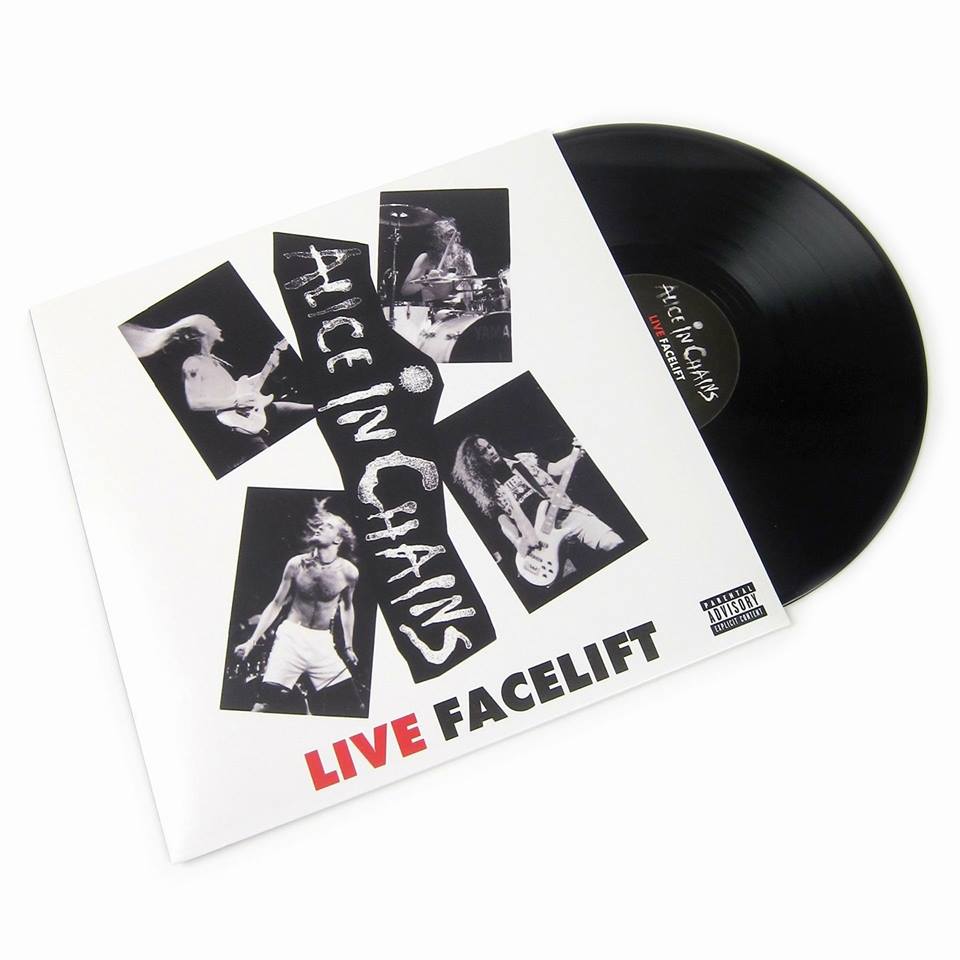 The early years of Alice in chains are known for the distinctive vocal style of Layne Staley with the harmonizing vocals and haunting riffs of Jerry Cantrell. This platinum selling band dominated the (rock) soundtrack of the 90's and has proved the test of time.

Facelift was formed in 2017 as a dedicated group of musicians showing their admiration to a band whose music has inspired them in profound ways throughout the years. They are passionate about the music and know the live experience brings a tactile sensation beyond listening to the originals alone.

VOCALS: Bones - (Robert Barron) Whether your eyes are open or closed, you will be in complete amazement of Bones' tribute to Layne. Aside from looking the part, Bones has spent the past decade emulating every unique vocal aspect of the late great singer. His soulful connection with the lyrics and heartfelt energy will make you feel like you have stepped back in time. After a successful run with Hell Within (a previous rendition of this band) - Bones moved away to explore the east coast. Due to the tragic loss of a best friend he relocated back to Victoria in late 2015. It wasn't long before Bones was being nagged to start up another Alice in Chains tribute by past fans.

LEAD GUITAR: Jesus J - (Jason Stearn) Although this project was something J always talked about wanting to do, a freak accident with his "business hand" jeopardized his future of ever playing the guitar again. A true musician, he put in long painful years of physio and regained the use of his hand - while becoming a respected guitar player in his own right. By nature J is a rhythm guitar player, so taking on a project that required him to play the lead was a challenge. He takes inspiration from guitar god Jerry Cantrell, who is also by nature a preferred rhythm guitar player.

RHYTHM GUITAR: Gino Trash (no other name needed)- Local band slut and man around town - Gino joined the line up with a happy-go-lucky "sure I'll be in that band too" attitude. His love and dedication to all types of music is one of the reasons he's such an important fixture in so many bands.

BASS GUITAR: (Greg Turnbull) This former Hell Within alumni and man of many talents, is a proficient bass player with an undeniably unique style (upside down & left handed). This man of steel also has a metal heart, he is a true fan - who takes pride in showing the ultimate respect by nailing each riff.

DRUMS: JayBah (James Munroe) Is one of Victoria's most consistent and hard working drummers (and former Hell within skin beater). With decades of experience playing in multiple bands with many of the Facelift members - he was the only choice. James strong solid beats will keep you headbangin' all night.