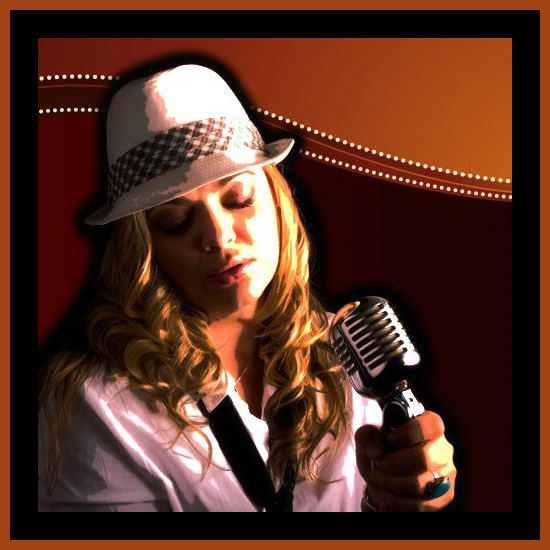 Paula Perro’s smooth yet unrestrained vocals are threaded with dulcet tones – a smoky sultriness rarely heard these days. She’s a sassy belter with a refreshingly genuine and captivating musical sensibility, and delivers a show with abundant heart and soul every time she hits the stage. Her energy is infectious.

Growing up in St. John’s, Paula built her musical foundation on Celtic, Country and Newfoundland Folk, but she was also heavily influenced by her older siblings who loved all the infamous classic rock bands from the 60’s and 70’s. Her mother was a singer with a voice like Patsy Cline, which Paula found very soothing. One of her fondest memories is having her mom sing her to sleep, a tradition she continues with her own kids today.

Performing is in Paula’s blood. As a child, Paula found joy in singing and performed whenever she could, even “producing” and selling tickets for her own shows at the tender age of six. She held these performances, during which she sang along to the era’s most popular songs, on her home street or in her family’s rec-room.

Paula PerroThe pivotal moment that shaped Paula’s musical path came when she was 18 and first heard the moving and unmistakable voice of Nina Simone. The song was I Want A Little Sugar in My Bowl, and Simone’s voice haunted Paula. She immersed herself in Simone’s music and eventually discovered a plethora of musicians that, like Simone, sang with conviction and authenticity. These artists encouraged Paula to pay critical attention to the “twelve bars” that eventually changed her life. It was the beautiful beginning of Paula’s exploration of Blues, and so much more …

After various choral performances, Paula moved on to local solo choral competitions and found some early success. (Bar Tabs and Free Tanning Minutes count, right?) Eventually, she could not resist the urge to play with a band, and after appearing at some local jams, she formed her first band called JamBone. She began to explore the band dynamic and get her feet wet in her role as a lead singer. Although it was all new to her, she knew she was hooked, and she’s never looked back.

“After going through some trials and tribulations, like most, I now understand that singing isn’t what I do, it’s who I am. There’s a real peace in that.”

Paula PerroPaula has shared the stage with some local legends like Big Hank Lionheart and Harpdog Brown. For the last few years, she’s been seen around E-Town with the fabulous rock-n-blues band No Foolin’. Recently, she’s been working with The Project, a group of seasoned musicians delving into funky R&B and Electric Blues – a big band with a big sound! Alongside gutsy arrangements of esteemed covers that lend a refreshing take on tunes people have come to know and love, Paula also mixes classic R&B, Blues, as well as her own multi-flavored originals for a toe-tappin’, booty-shakin’ kind of show that delivers “food for your soul”! She’s just finished her first solo EP, Make It Look Easy, and is actively working on her full-length debut album. She couldn’t be more excited!Paula Perro and No Foolin'