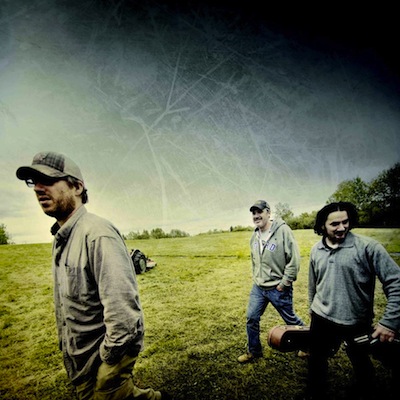 Formed in the winter of 2008, our band's name refers to the late 60's-early 70's V8 powered Mercury muscle cars that roamed the streets of our youth. We play original roots music that reflects the sounds of our record collections and experiences living in this country from coast to coast to coast.

The band is based in Edmonton. However, veteran musician Tim LaRiviere is the only native Albertan. Both Mark Scholz and Rod Were have roots in Canada’s East Coast. They began playing in bands in Halifax, NS over 25 years ago.

We recorded our first album in the fall of 2010 at Hayloft Acres, Strathcona County, AB. We cobbled together a mobile recording unit and turned the ‘Prairie Rose’ stage into our studio. The ‘Prairie Rose’ is a covered outdoor stage that stands in a field on a rambling farm littered with old tractors, cars, trucks and barns all in beautiful states of decay.

Since forming, we have played festivals, events and venues as far north as Yellowknife, NT. We are often joined by keyboardist David Aide (a.k.a. Rooster Davis). Rooster also lent his talents to this recording project along with some other fine musicians. Our band has shared the stage with the likes of Kathleen Edwards, Skydiggers and the Road Hammers. blue Montegos look forward to seeing you, on down the road…