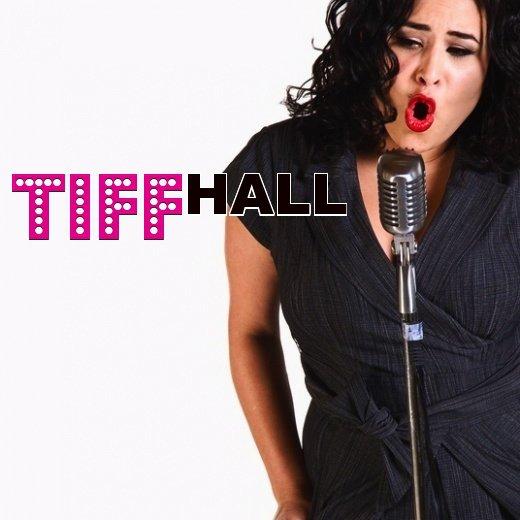 Tiff Hall is a pop/soul singer and songwriter living in Edmonton, Alberta, Canada.

Her debut album, The New Fabulous, was released independently in 2009 to rave reviews. It can be purchased through iTunes or CD Baby

Emerging songwriter, vocalist and keyboardist Tiff Hall is building a buzz around
herself. Her evocative debut album is an eclectic yet accessible and cohesive
mix of R & B, pop and soul that adds up an impressive first offering.
The CD has been carefully engineered by Sound Extractor’s Stew Kirkwood to
revolve around Hall’s truly fabulous vocals. Whether crooning softly on the
ballad, "Happily Ever After," or the sweet soul sound of "Take His Shirt Off”, to
the fine old school R&B of “Sweet Sweet Lovin’”, her expressive voice manages
to connect each song and keeps the album flowing smoothly between grooves.
“I grew up taking piano lessons, screwing up recitals, and hating almost every
second of it. That’s the truth! But I daydreamed about playing the songs I liked on
the radio, and possibly singing. Next thing, I stumbled into Grant MacEwan,
enrolled in the Music program, met tons of great, young musicians, learned to
write my own songs, play jazz… Next thing you know, I’m playing at the Ivory
Club, a dueling piano show, where I’m introduced to Stew Kirkwood… who would
produce my album,” explains Hall.