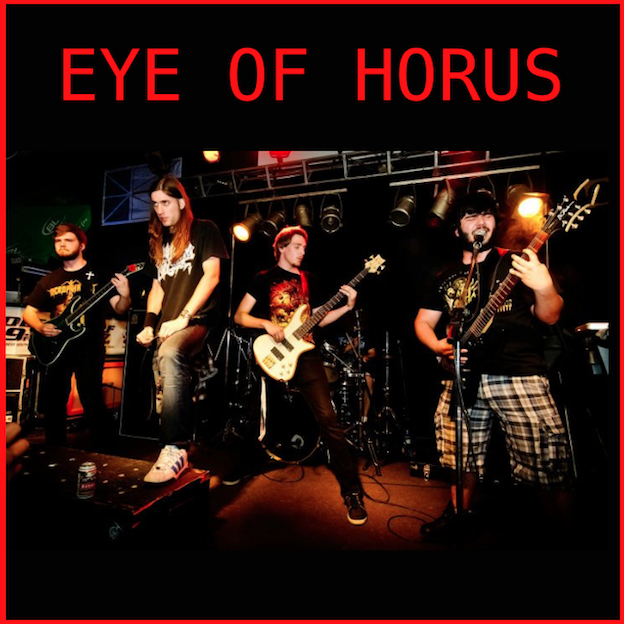 After playing their first show as Opiate of the Masses on July 9th, Travis, Ted, Andrew and Diego began an intense year of rehearsing and writing, playing shows in Edmonton and surrounding areas, an average of 1 concert every 2 months. After the addition of Kody Cecotka's powerful vocals, easing the burden off guitarist/vocalist on Diego, the transition into Eye of Horus was complete as they played their first show to an extremely eager crowd. Next the gears were shifted towards recording, where 5 tracks were laid down with the help of Valhalla Studios. Now Eye of Horus is poised to release their first Official release on Feb 15th, alongside Century Media artist 7 Horns 7 Eyes, as well as Metal Giants, 3 Inches of Bood and Goatwhore 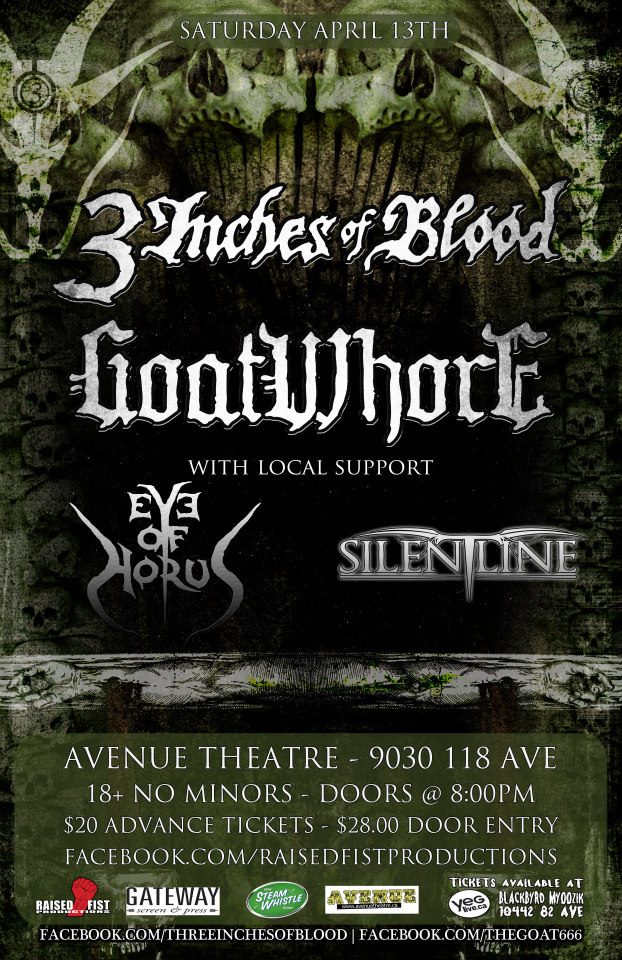