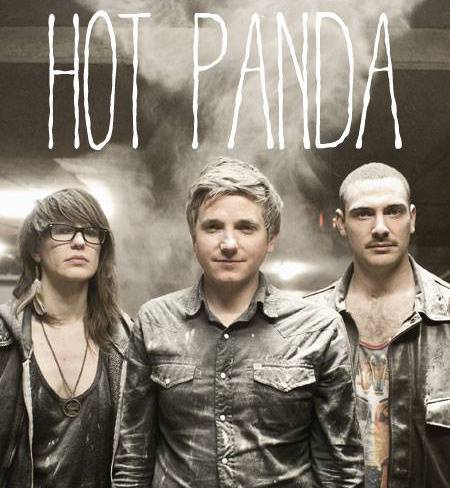 Since their signing to Canada's Mint Records in 2008, the band has released two critically acclaimed full length albums (2010's How Come I'm Dead, and 2009's Volcano, Bloody Volcano). The band's releases have debuted at #1 on Canadian college charts, and earned them a 'Hot Track of the Week' selection in Rolling Stone Magazine (Chinatown Bus), an iTunes track of the week selection (Start Making Sense), and won 'Album of the Year' at the 2010 Edmonton Music Awards (for How Come I'm Dead?), we're nominated for Album of the year at the Western Canadian Music awards as well as the Verge Awards.

Hot Panda have literally driven four tour vans into the ground. They have taken their ferocious live show across North America over 10 times, as well as completing a tour of Europe in 2009 (opening for notorious Detroit rockers The Von Bondies), and a second tour of Europe in the fall of 2011 playing the Reeperbahn festival in Hamburg (as well as dates in France, Austria and the UK). The band has played some of North America's premier showcase festivals, including South By South West in Austin (where they were selected by Esquire Magazine as one of fifteen hot new emerging artists of the 2011 festival), CMJ Music Marathon in New York City, Pop Montreal, The Great Escape, Reeperbahn Festival, Canadian Music Festival and North By North East in Toronto, Sled Island in Calgary, and Halifax Pop Explosion. They've also been happy to share the stage with bands such as Art Brut, The Raveonettes, Chad Van Gaalen, Tokyo Police Club, Electric 6, PS I Love You, Brasstronaut, Women, You Say Party!, and many more.

The band is currently recording a third album, once again to be produced by John Collins and David Carswell (Destroyer, New Pornographers, Stuart Murdoch, Tegan and Sara), which will be released in mid 2012.