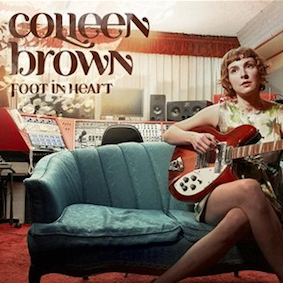 Colleen is a singer/songwriter and multi-instrumentalist based out of Edmonton, AB, Canada. She has steadily gained momentum since she first self-released her 2nd album FOOT IN HEART in 2008, with regular airplay on CBC, CKUA and college stations across Canada (6 weeks in the !earshot Chart’s Top Ten folk/roots). An Alberta Emerging Artist Award followed, and various song placements- including a CBC Radio 2 TV Commercial (the song Love You Baby) and 2 full-length features ‘Campus Radio’ & ‘The Pharmacist’- both in theatres across Canada this fall.

In addition Colleen was a winner in the 2010 All Albertan Song Contest for the song ‘Western Fire’, co-written with Colin Cripps. (Sarah MacLachlan, Kathleen Edwards, Blue Rodeo, Jim Cuddy Band)