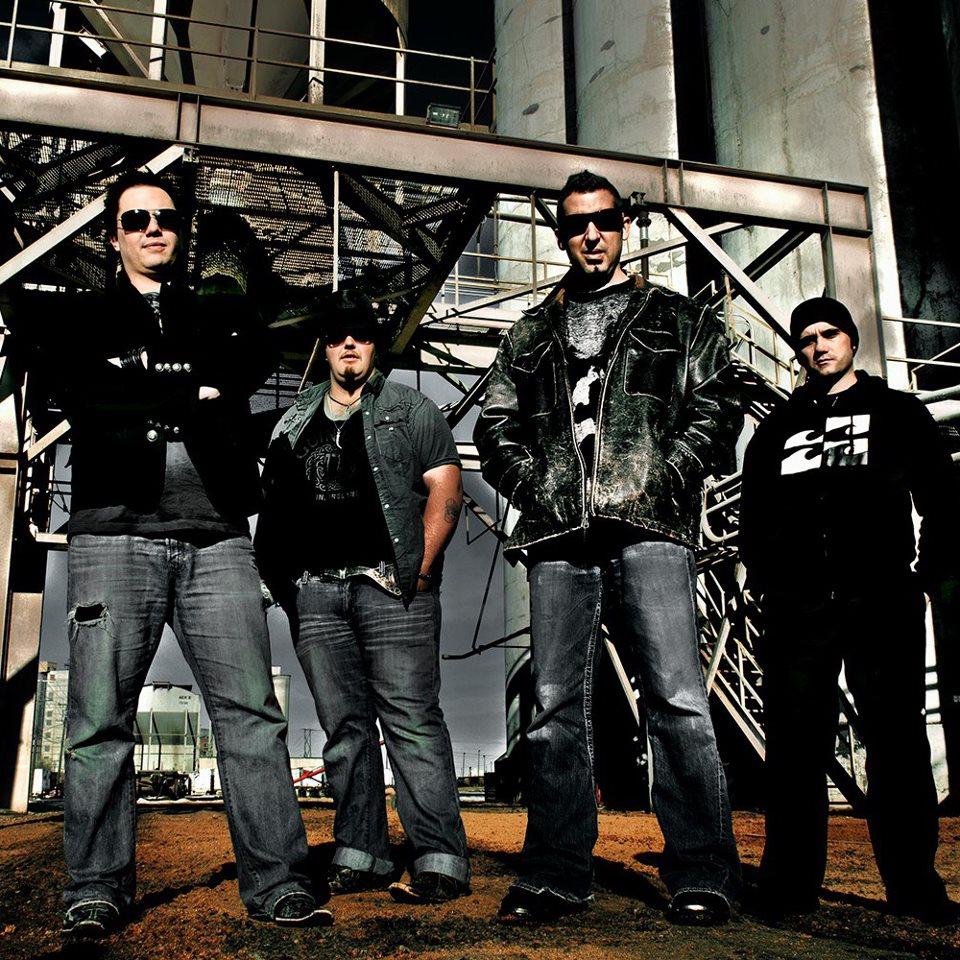 “If Stone Temple Pilots had a lovechild with Metallica, they’d sound like these guys!" - Siva Chandran. Global Music Awards -

Boasting over 28,000 unique visitors a month, www.dreamsofreason.com is capitalizing on Dreams of Reason’s reputation for sold out shows and a merchandise hungry fan base. Things are really starting to take flight for the Calgary based hard rockers. The band’s Radically Poetic album features a guest appearance by David “Chili” Moreno on drums, better known for his work with the legendary Iron Maiden singer, Bruce Dickinson. “Working with Chili definitely took our performance to a whole new level. I can see why an iconic singer like Bruce hired him – his work is epic enough to please Dickinson’s heavy metal side, but he brings an elegant Latin flair that really adds a lot of character to his work.” remarks guitarist, Alex Whitcombe.

Radically Poetic comes from a dark place lyrically, reflecting on personal turmoil that plagued the Calgary, Alberta band during its two year development process. Alex had this to offer: “We were so focused on writing our new album, that we neglected every other aspect of our lives. We lost friends, family and some band brothers along the way. Vocalist, Chris Perkins agrees: “It was a dark journey of emotional turmoil, but we survived and are back to melt people’s faces off!”
Recorded in Seattle and Los Angeles with heavy metal production wizard Greg Hampton, the Radically Poetic album is a departure from the band’s previous work, blending modern hard rock elements with classic metal and world influences. “This is some solid work, I’m telling you” comments Hampton. “These boys really pulled it together and I think we were able to take them down sonic avenues that they hadn’t really considered in the past. After two years of solid development we’re not reinventing the wheel, but Dreams of Reason definitely has their own trip and they’ve managed to put a new spin on this brand of rock and roll”.

The band has come a long way from their 2006 indie release, Slave’s Desire. Produced by Larry Anschell (Nickelback, Pearl Jam), the 70’s arena rock inspired album established Dreams of Reason as a mainstay on stages across western Canada. Featured on BBC radio, the album’s lead single “Take Me There” offered incendiary commentary on the state of world affairs at the time.

Reflecting on their recent achievement frontman Chris Perkins muses: “The new album (Radically Poetic) definitely conveys the sense of urgency we’re known for live. Slave’s got the band premium showcases at New Music West and a bunch of radio appearances, but this disc is going to bring the DOR experience into a whole new realm. Radically Poetic can be a hard pill to swallow on the lyrical side. It’s dark man. But despite the hardships we’ve faced, this is still a recklessly fun Dreams of Reason record!”

Despite its recent run of success, the band remains defiantly proud of its underground status. “Justin Bieber and Myley Cyrus are where it’s at for the masses these days, but there’s a pretty solid underground that craves the power and excitement of rock ‘n roll,” exclaims bassist Trevor Landmark. “We have more in common with bands like the Stone Temple Pilots and Led Zeppelin than we do with modern pop-rock artists, but that puts us in some pretty good company!”

Radically Poetic was released on September 14, 2011 through Blackstream Records – the band run label.