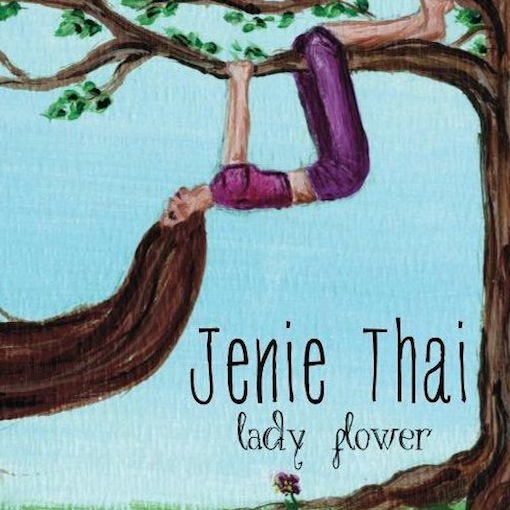 Born in Chiang Mai Thailand, and raised outside of Edmonton, Jenie Thai is building a musical presence in the community with her energetic quirks and engaging presence on stage. Raised in a musical household of six, silence was rare. Growing up, Jenie would fall asleep to the sounds of blues and melodies of folk that her parents played while entertaining guests downstairs. Her training on the piano began at age five; she steadily took private lessons for fifteen years. Consistent opportunities to perform arose through her classical training in which she spent her early school years performing difficult repertoire at various workshops, camps, and yearly round festivals. An outstanding mark on a Conservatory Canada exam gave her recognition from Ottawa and an Alberta award for receiving one of the highest grades in the country. Graduating at seventeen, she continued her musical development through studying classical piano at Augustana University. In 2008 she auditioned for the Grant MacEwan Jazz and Contemporary Music Program. Upon graduation in the Performance Program, Jenie found herself teaching at Grant MacEwan as well as gaining acceptance into Paul McCartney’s international music school based in Liverpool.

Jenie finds her time being spent writing songs and jamming the blues. Currently working on an original album, she is performing these tunes with a passion so fierce that listeners claim she unearths an organic vibrancy and youth with her spirit. Performing both with a band and solo she has opened for the likes of Amos Garrett, Michael Bernard Fitzgerald, and can be found performing at venues such as Edmonton’s famous Blues on Whyte and the Edmonton Folk Festival 2011. A performer, writer, instrumentalist, vocalist, and teacher: Jenie Thai combines classical technique, jazz harmonics, and a life-long appreciation for the blues to produce a unique charm as an upcoming singer-songwriter.