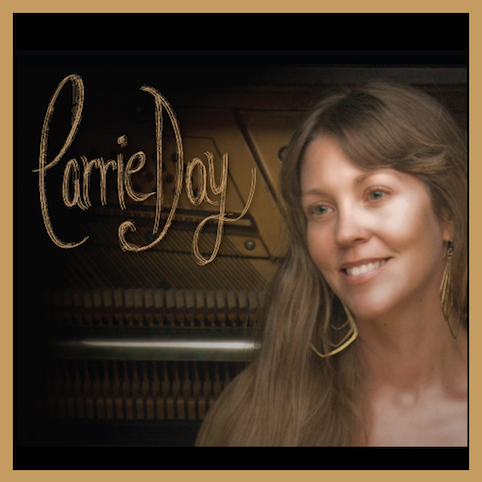 Combine classical components with acoustic roots, well-crafted lyrics with melodies that soar, and you have the sound of Carrie Day. The Edmonton-based performing songwriter has begun an exciting new journey with the release of her third full length album, Immaculate Night. In 2009 Carrie was a recipient of the RAWLCO 10K20 grant which enabled her to record, mix and master Immaculate Night at Sound Extractor Studio with Stew Kirkwood. The album, which was released in October 2010, contains all the elements that make a record both commercially appealing and artistically enchanting. It opens with the catchy, get-up-and-dance number called, “Good Day”, and takes the listener on a musical journey of stories that evoke smiles and toe taps, tears and sways. Wrapping up the album is the final track, “Divine Immaculate Night”; a haunting composition that narrates the story of a homeless man in Mumbai.

As a pianist and guitarist, Carrie has spent a great deal of time perfecting her craft. Attention to dynamics and organic sounds has become her trademark. With a style of her own, Carrie’s sound may be described as a cross between Joni Mitchell and Cat Power. She is an emotionally charged artist with an exuberant stage presence, and a keen ability to capture listeners, make them chuckle, and warm their hearts. She is a poet, a singer, a songwriter and a storyteller. As audience member and music writer, Fraser Wareham has said: “when you get the chance to hear Carrie sing live, you truly appreciate the power and depth of this voice. Carrie belongs in large concert halls.”