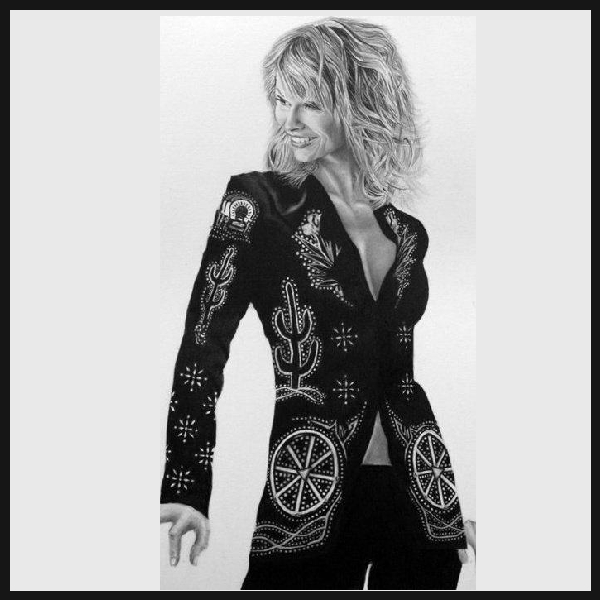 Once again, Lisa Hewitt shows that she is FEARLESS- fearless to follow a dream that lies deep within her musical soul. Lisa has always expressed through song and story, her love for traditional country music. Lisa was raised on country music, listening to artists like, Connie Smith, Dolly Parton, Porter Wagoner, Charlie Pride, Merle Haggard, George Jones, Johnny Cash, and Loretta Lynn... and the list goes on! It is natural for Hewitt to pursue her passion for the Country Classics in her new production, "The Little Ole Opry- Lisa Hewitt's Classic Country Road Show". It is a show that looks, sounds and feels like the Opry days of old! With her smashing band, "The Trads", traditional tunes will come alive on stage with the sounds of steel guitar, mandolin, dobro, fiddle, banjo, and upright bass! Be sure to stay tuned here and to CFCW for concert listings in your area! For Booking info go to www.cfcw.com!!!

What do you get when you combine an impressive amount of radio airplay with rave reviews of live shows, plus a stream of equally adoring accolades from influential members of the country music industry, and a string of bookings that range from high profile dates in Europe and Las Vegas to major summer festivals on the Canadian country circuit? You get a short but focused summary of what rising country star, Lisa Hewitt, has been able to accomplish in the world of country music. Impressive indeed!! Then again Hewitt understands exactly who she is, what her strengths are and knows where her passions lay. Couple that strong personality with a great voice, and a natural feel for entertaining and performing, and it's no wonder the Saskatchewan born and raised artist, who now calls Edmonton home, was able to begin charting a course that has only known a sky bound curve.

In the blink of an eye Hewitt was being booked for engagements at the Calgary Stampede (The Stampede Grandstand, The Nashville North Tent, The Westin, The Petroleum Club, and various downtown breakfast events and clubs), The Canadian Finals Rodeo, The National Finals Rodeo, CCMA Showcases, ARIA award show performances, The Closing Ceremonies performance at the World Games 2001, the CFCW stage at Edmonton's Klondike Days, radio listener appreciation events, concerts sponsored by Global Country, various rodeos, and major country music festivals, and a number of charity functions. It was at so many of those live shows that fans and members of the industry immediately recognized she's the complete package. Her radiant smile and obvious good looks can be magnified by a delivery that is sometimes sassy and seductive, ala Tanya Tucker. On the flip side she can draw an audience in with passionate reading of ballad that reveals a vulnerable individual who wears her heart on her sleeve. Like the tunes found on her debut disc, Hewitt continues to mine songs that are multidimensional and she sings every one of them like she's lived every line. "I started performing in the summer of '97 and have now played over 1600 shows. The shows ranged from five hours a night in the smokiest nightclubs, to concert sets on festival stages. There was no better education for me than that! It helped me understand the physical, emotional, psychological demands that the business of music insists you meet," says the independent artist who has learned every aspect of the business including booking, creating and developing a show, and taking care of all the logistics involved in everything from travel to recording. The common denominator in the print reviews of Hewitt shows, focus on the fact that she's such a dynamic and energetic performer who puts everything she's got into every set. That is why renowned venues like The Barbary Coast Hotel and Casino and has invited Lisa back for her third consecutive run during the National Finals Rodeo in Las Vegas. Who better to express Lisa's magic and ability to keep a hold on an audience than the man who pays the bills at the Barbary Coast. "In my opinion this is one of the hardest working and best sounding acts we have playing in our hotel. There is no limit to what Lisa Hewitt can doâ€¦â€¦.working with her, makes my job much easier," says Darren Dinga, the entertainment director at the Barbary Coast. For folks who have been hit by the sound of Hewitt's personality via a tune on the radio, that introduction invariably leads them to seek out the charming and approachable entertainer in a live setting.

"Country music tends to focus on very 'human' subject matter which audiences connect with and relate to. Fans appreciate it when they can get close to an artist they enjoy and support. As a person and performer I wear my heart on my sleeve and there is no pretense involved. To take the stage night after night and choose to be anything other than myself, would simply create additional work. So I choose just to be me. Being real and approachable has allowed me to develop a wonderful international fan base," states Hewitt without the slightest hesitation.

Lisa's second album, "The Road I Chose" has thus far proved to be wonderfully successful with fans and radio. "The Road I Chose" is a strong representation of this artist as we see her now. With the accumulated years of experience and the education of "the road"- it is obvious maturity that is reflected in this sophomore release. Acclaimed songwriters such as Denny Carr, David C. Martin, John Shanks, Tom Shapiro, Cyril Rawson and Steve Fox lend their talents to Lisa's second full-length recording. Working with producer, David C. Martin, who has been instrumental in guiding Adam Gregory's career for Sony, and award-winning producer, Louis Sedmak (Ian Tyson, Steve Fox) has allowed Lisa to achieve the full bodied recording that reveals her uniqueness as an artist/performer.

"The Road I Chose" has seen solid airplay in the three singles that were released to radio. The haunting sounds of "One of These Goodbyes" shone at radio and provided Lisa Hewitt with her first Top 20 hit song!

The 2005 CCMA Independent Female Artist of the Year and one of the stars of the CMT's series, "Plucked", received amazing fan response to the release of the song and nationally featured video for, "Somebody" a Steve Fox/Kelly Archer penned tune; rich in story line and imagery.

Currently, Lisa is in the studio working on a brand new album. It is time for the next leg of the journey. Lisa Hewitt exudes a new energy and spirit for life and music! Her growth, development and experience are assets that shine in her live performances and on her new record. Keep watching for the latest news for Lisa Hewitt.
Career Highlights:
2008: