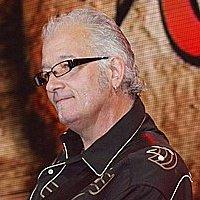 Fred has been a fixture in the Edmonton music scene since the mid 70's and has been a member of The Trucks since 1982. He has played bass as a session player on so many projects in western Canada that his credits would roll on for more than this page can hold.

Fred is also an accomplished songwriter, arranger and producer with many projects to his credit such as Paradise Motel, the Alberta Country Compilations I and II and most recently the rising young country singer, Lisa Hewitt.

He was also involved in CTVs Sun Country National Broadcast for several years in the mid 80's as well as CITV's Kissin Country during the same time period.