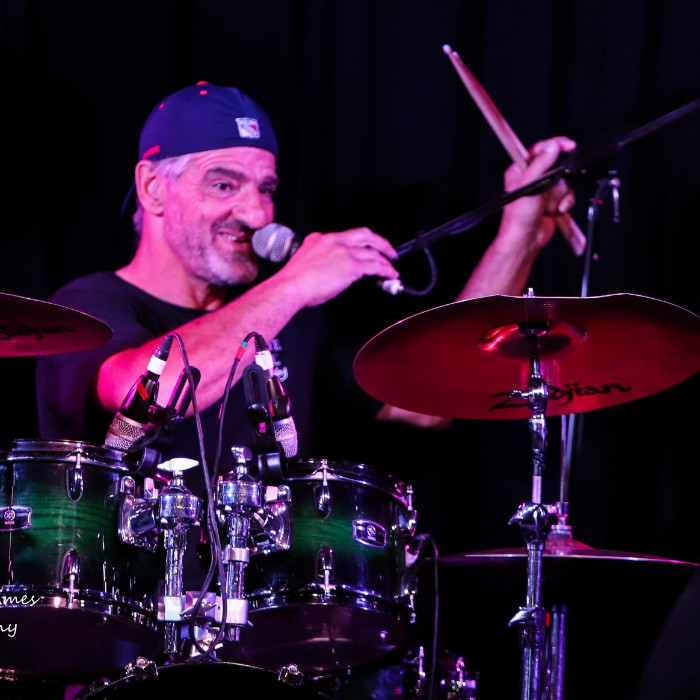 Mark Ammar is an Edmonton born drummer who pursued his interest in drumming at the age of 6 years old starting out on a ice cream pale kit he made and learning to play by ear. Concentration has always been on groove, feel, and a soft touch. What he enjoys most is on the fly off the cuff drumming. Blues,rock,and fusion genres are personal favorites. Best known locally for Mark Ammars Saturday Sessions Jam which he established in march 2004,presenting 11 years of Tuesday night’s, 2 years of Sunday’s and now Saturday’s since January 2017. Mark has been blessed with the opportunities to appear with local, national and international artists who he fills in with or books in as featured guests weekly. He also has some of Edmonton and area’s finest as the houseband welcoming all weekly. The showcase/jam has become one of the longest we’ll respected running in the area. Mark was averaging over 140 shows a year for over 8 years either appearing at open stages or shows. These days he concentrates mainly on his weekly Saturday showcase jam which is now back in St. Albert where it all started in 2004. Marks passion has always been to be behind the kit and to be a major supporter of the local live music scene.