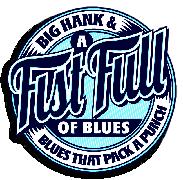 Dennis Meneely | Years ago Dennis’ Mom said day after day time to practice your piano Dennis. Young Dennis although at the time thinking he had more important things to do, gave in and trundled off to the piano stool. Pretty soon going to the piano stool became a passion, which culminated in 5 years at the Royal Conservatory. All the formal training never got in the way for his love of Rock and Roll. From his beginning groups Why Us, Coloured Rain, A Group Called Mud and the 49th Parallel, Dennis perfected his style and honed his chops. He currently plays in a number of bands including Tacoy Ryde with whom he has performed, written and recorded with for over a decade. As well he finds time to play with the 1980’s rockers Toronto. Dennis has performed with Streetheart, Jato, Kenny Shields Band, The Hootin Annies and Jack Semple.

He has a wealth of experience in the studio as well as having written and recorded everything from originals to soundtracks and jingles. Dennis is a perfectionist with a lot of soul. His boogie woogie style piano and organ chops along with his vocals serve him well as an integral member of A Fist Full of Blues not to mention his wit and audience interaction when playing live.

Ken Kirkwood | Ken picked up the guitar in his teens and not long after became one of the founding members of Tacoy Ryde. His cool left hand style and rock steady rhythm patterns became a part of the fabric of the band. Ken developed his love for the Blues and R&B from listening to the likes of T-Bone Walker, Peter Green, Eric Clapton and BB King. Ken has been part of the Edmonton music scene for over two decades and has played on numerous sessions and in many of Edmonton’ s top Blues Bands over the years.

Ken spent some time on the West Coast in the 80’ s and became even more dedicated to the Blues and R&B. He is one of the mainstays in A Fist Full of Blues as a songwriter having penned many of the bands originals on both CD’s. Ken turned one of his hobbies into a passion and restores amplifiers to their former glory. He has developed and builds his own line of amps under the Kirkwood name. Ken continues to hone his craft in and out of the studio. His dedication to the Blues and his vocal prowess pay major dividends for Fist Full of Blues.

Duane Smith | Duane is a founding member of Tacoy Ryde and has developed a reputation for his ability to adapt to many styles of music but one thing stays constant and that is his steadfast dedication to the solid groove and oneness with the drummer. His blues chops are in the pocket on every note in every tune.

Duane is an accomplished songwriter/recording artist. He has been playing bass for over 35 years and also plays guitar, keyboards and sings. Many of his compositions have received national exposure and airplay. He has played on numerous sessions with a wide range of artists and remains one of Western Canada’s first call bassists. Duane has won an Alberta Recording Institute Association award as best backup band on a recording with the Eddie Patterson Project as well as a Jimi Hendrix tribute album featuring several outstanding guitarists. He also has been nominated as Bassist of the Year.

Duane has performed and shared the stage with a number of artists including Big Miller, Kenny Shield (Streetheart), Gaye Delorme, Ellen Mcllwayne, Eddie Patterson and Bobby Cameron, Lionel Rault and Roxanne Potvin. Duane’s relentless pursuit of the groove drives the soulful and down home blues sound of A Fist Full of Blues.

Big Hank | Big Hank started his music career in Seattle, Washington while attending Art College. He played around the Pacific Northwest and then after graduation returned to Edmonton and played in a number of bands that were involved in the Top Forty music scene. Hank joined Hot Cottage the premier blues band of the day back in 1974 and subsequently moved to Vancouver Island and formed former RCA recording artists Uncle Wiggly’s Hot Shoes Blues Band. The band toured across Canada in the 80’ s on the strength of two albums.

The band opened for artists such as Muddy Waters, BB King, John Mayal, Paul Butterfield, James Cotton, Koko Taylor, the Neville Brothers and Joe Cocker. Hank formed the R&B Kingpins in Vancouver in 2004 along with former members of Powder Blues, the band recorded two CD’ s and was a mainstay on the Vancouver R&B scene. After relocating to Edmonton in 2007, Hank formed A Fist Full of Blues with members of Edmonton’s legendary Tacoy Ryde.

Bill Hobson | Artful drummer Bill Hobson returned to Edmonton to join Tacoy Ryde after performing with a variety of soul/funk bands from Vancouver and Seattle. Billy is equally at home laying down Latin and Reggae grooves as well as the rock solid grooves of Blues and R&B. He is an in-demand session player performing in everything from theatre productions to orchestras and blistering jazz and fusion rock groups. He has performed with artists Like P.J. Perry, Big Miller, Brian Hughes, Lester Quitzau, Eddie Patterson, Willie P. Bennet, Colin Linden, Dick Cameron, Calvin Volrath, The Rault Brothers , The R&B Kingpins and many more.

Bill’s solid style and attention to the groove make for a solid one two punch along with longtime rhythm section partner Duane Smith. The two have been rockin’ steady for well over a decade to form one of the country’s most sought after and respected rhythm sections.

Barrie Nighswander | Guitarist extraordinaire, Barrie Nighswander began his career at an early age as co-founder of Tacoy Ryde, a still active group that has enjoyed considerable success on the strength of two CD’s, one under the name JATO which was nominated Best Album of the Year at the West Coast Music Awards. The album produced 5 singles and two videos. Versatility and technical prowess in his flawless playing make Nighswander an in-demand guitarist.

He has toured Canada extensively with Tacoy Ryde and well known Jamaican groups Third World and Steele Pulse. He has toured Germany with Cori Brewster and continues to perform with Al Brant and The Mavens. Barrie’s blues chops have been well put to use as an integral part of the sound of A Fist Full of Blues.

Both picking and sliding he is right at home with the music of the Blues Masters or applying his ample talents as a songwriter and vocalist on the bands’ multitude of Blues and R&B classics and originals.