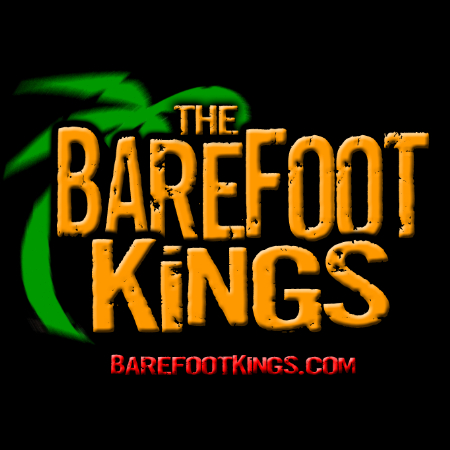 Bob Cook & the Barefoot Kings are an up-vibe band creating soul-shake-able tunes drawing up infectious grooves from rolling roots-rock of your backyard to the reggae-ska-soca-soukous-and-roll from around the world.

Celebrating lots of nothing every chance they get, the band’s songs and the high-powered energy of their live show are meticulously designed to pick you up out of the gutters of life’s great bowling lane and ceremoniously transport you to the paradisiacal climes of your true inner fiesta child, baby.

"It's impossible not to be swept up in the carefree nature of this fresh-sounding slate of tunes. A signature style? Diversity is the key - the guys deftly weave together threads of rock, folk, and roots. Inject a touch of reggae, and you come close to pinpointing their unmistakable sound." - Red Deer Express.

Bob Cook is a bon-vivant and prolific singer-songwriter-bandleader-producer who has written over 500 songs and recorded eight albums of original music, ranging from his humble, folksy beginnings through the current incarnation of his band.

And what a band of exceptional players it is: David Farhall on the bass and backing vocals is an incredibly gifted and melodic player with an uncanny ability create deep pockets of space out of thin air. He has also played with Lovertine/The Wowzers, Aroots Bazaar, The DB Buxton Revue, and many others.

Based in Edmonton, Canada (but facing south in winters), Bob Cook & Mucho Nada Party have performed at numerous festivals and venues across Western Canada (please see “Shows” for performances) and look forward to befriending your inner fiesta child with their intoxicating, salt-rimmed concoction of musical revelry!

"Cook and his band can, at times, really, er, heat things up. But, again, they cool things off and lighten things up with singalong lyrics that usually fall on the Jimmy Buffet side of seriousness... the band incorporates an incredible variety of styles and sounds into their material"
Calgary Sun, Calgary, AB

"Cook's singing voice did credit to good-timey rock n' roll songs, as did his Elvis-like dance moves, antics channeling Jerry Lee Lewis, and fashion sense courtesy of Jeff Spicoli. The band traversed from rock n' roll to reggae to silly to blues to love in the space of the same number of songs... they were executed with great talent and enthusiasm."
Edson Leader, Edson, AB