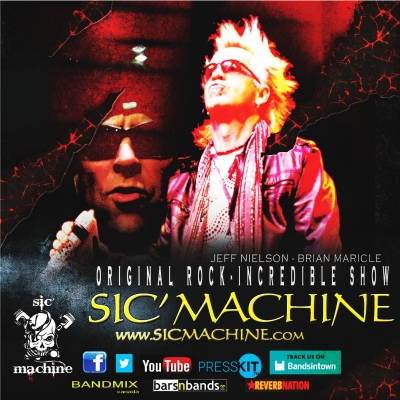 SIC'MACHINE was born from the vision of Frontman, Jeff Nielson. The band's motto from day one had been to take an arena-style rock show and 'cram it onto a bar stage'.

IN Sept 2014 THEY MADE BIG CHANGES when they decided to focus all their energy into completing the writing & recording of their debut album and redirect their music from primarily covers to original rock. This focus included making some needed lineup changes to further the goal. Jeff teamed with his old Dirty Tricks guitarist, Brian "Howie" Maricle, and instantly---magic happened. Album is expected to release for Spring/Summer 2015, with bookings to follow.