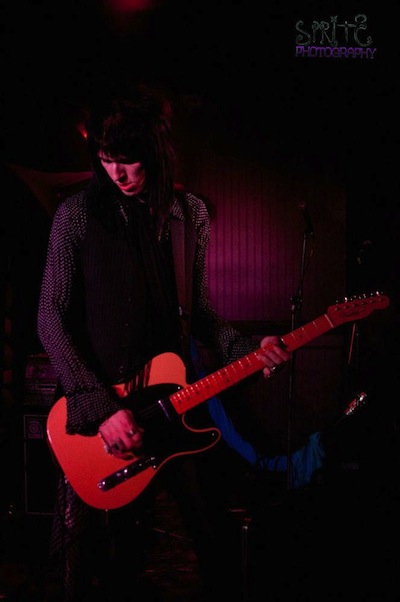 Aaron Vincent's music is a style that's hard to pigeon hole. It's an eclectic mix of music fused into a classic style that has stood the test of time. Keith Richards swagger and jangle clashes with Dylan-esque lyrics, Neil Young noise flirts with Nick Cave's doom and gloom, Bolan Boogies and a Death In June chasing the ghost of Nikki Sudden and Tyla all wrapped up in a velvet jacket, and a tattered scarf.

Having been a staple of the Edmonton live circuit since the ripe ol' age of 14, Mr. Vincent has proven his endless devotion to his craft. Whether writing, recording or performing, he gives it his all, nothing more, nothing less. More soul than human, his songs are the real deal. He just released the first single from his upcoming second album, "Ghosts of Lovers" online and can be found playing all across the city with his backing group, The Whyte Roses.