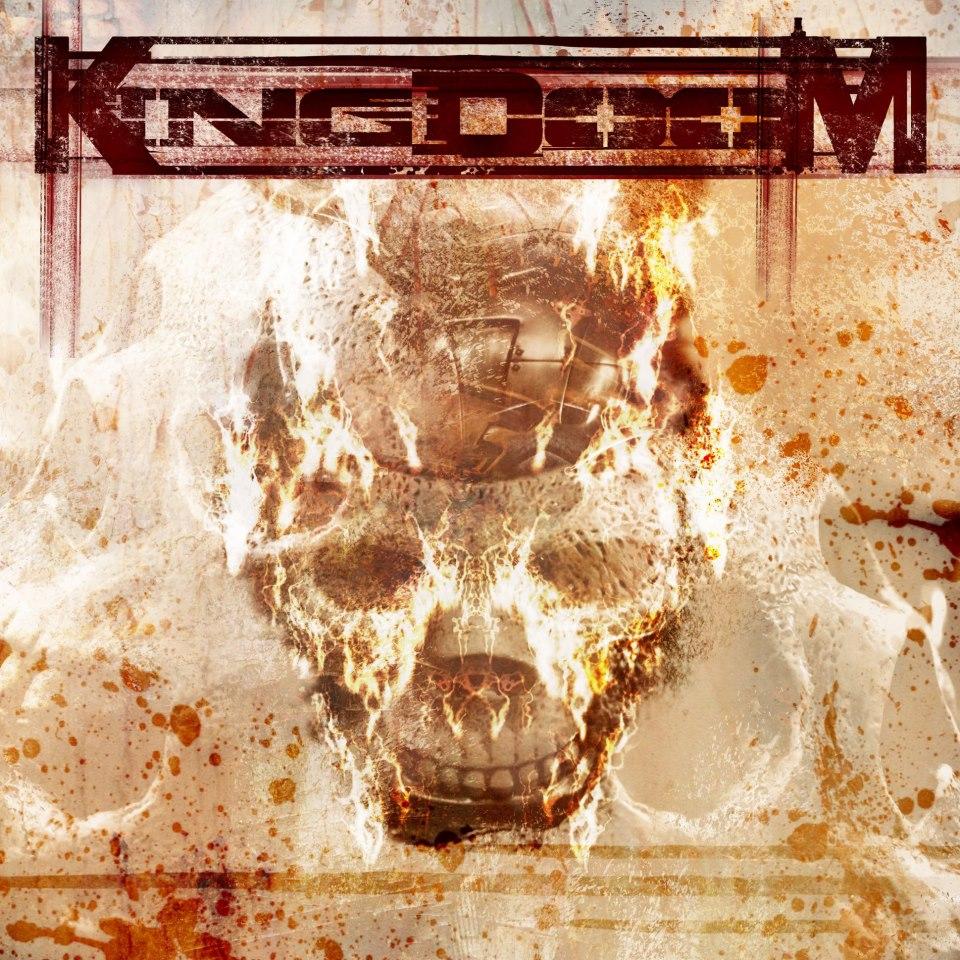 KINGDOOM is an Industrial Rock/Metal group that is starting to make a name for themselves in the International music scene. Founded in 2010 with members based in Edmonton, Alberta, Canada and Los Angeles, California, they released their self-titled debut album in April of 2012.

KINGDOOM's debut album is an all out assault on the musical senses. Fusing several styles, such as metal, rock, old school rap, dub-reggae, shock rock, and traditional Indian music all within a rigid industrial soundscape. From heavy and fun anthems, songs about death, or politically and socially conscious tracks, KINGDOOM is loud, aggressive and colourful; a haunting and dark soundtrack where vocals and instruments flow together and in all directions.

Front-man and founder Lex Justice, previously of Canadian rock band Sugakane, has brought together icons of industrial rock music and a group of talented musicians to work with him on this project. Alongside Justice was drummer, keyboard player, Grammy award winner, and Industrial Music pioneer, Chris Vrenna. Best known for being a member of Nine Inch Nails and more recently Marilyn Manson, Vrenna began the planning of the debut KINGDOOM album with Justice in 2010 while Vrenna was still on tour with Marilyn Manson. Uniting the two musicians was Bill Kennedy, an A&M sound engineer in Los Angeles. A notorious figure in the Hollywood music scene, Kennedy was known both for his extremely loud mixes, and his no-holds-barred attitude. His most notable work was done on Broken, the Nine Inch Nails EP, while Vrenna was still in the group. On guitar, Aaron Skiba joined the band bringing his virtuosic style to the group. An accomplished and studied musician, Skiba fit seamlessly into the group, writing the tracks Frankenslut and Army of None. With his gut-wrenching solos and over the top playing style, he brings a character to KINGDOOM unlike any guitarist in the Industrial music scene. Bass player, Tom Lincoln, filled dual roles in the studio, recording multiple instruments and vocals on, as well as engineering and editing, the album. Having already worked closely with Justice in previous groups, Lincoln is also credited with co-writing credits on the songs Holy Referee, Go F**k Yourself and the controversial Sinister Minister. Though the band was already writing great songs on their own, the band could not pass up the opportunity to work with one of Canada’s biggest industrial superstars: Trevor Hurst of Econoline Crush. Having just finished touring with Econoline Crush as their bass player, Justice brought Hurst in for writing sessions which resulted Hurst receiving writing credits on the songs Charlie and Holy Referee.

The Album was mixed at Radiostar Studios in Weed, California by Joe Haze & Sylvia Massey, best known for her work with TOOL, Slayer, and System of a Down. Tom Baker of Precision Sound of Hollywood was brought on to master the record, and pushed the album to its full sonic potential.

With their intense image, a hard hitting debut album, a unique live show, and a take-no-prisoners attitude towards the music industry, KINGDOOM is ready to conquer and impress as a new force in the Industrial, Rock and Metal world.